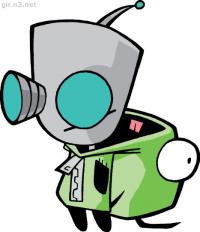 Sorry to bump unnecessarily, but Jesus. I’d be sitting on a small fortune right now with some of these things I sold for a negligible amount over the years lol.

But, as an aside, how’s the community with such things here these days? I have like 10 decent sized boxes full of collectibles I don’t really care about anymore. Maybe I could sell some here? Or if any of you are interested in making a purchase message me. If there’s enough interest I can list out details.

Remember when CAG was worth checking out once a day instead of once a week?


For real. I used to get on here multiple times a day but now I might log in once every couple months. Part of that is the ascension of the CAG twitter and my waning interest in gaming, but still. Crazy how things change within a 5 year period.

The problem is a lot of people, myself included, really only find value in Prime for the shipping. I never use the music or kindle services and I maybe use the video option 2-3 times a year. They need to segment it out and have a tiered subscription program instead of forcing people to pay for other services they don’t want or need just to take advantage of the main benefit of being a Prime subscriber.

You keep posting the exact same thing on every ad thread.  Yes you are.


And besides that point, successful 1st party Nintendo games rarely go on sale. If you want the games that badly then just buy them and enjoy them.

Why do they even sale just the core vr? Don’t you pretty much have to have the camera and move controllers for the most part ?


Because some people bought a camera years ago and still owned Move controllers from the PS3 days. It would've been a bad business decision to force your most loyal customers to buy something twice.

Until Dawn PS4 game for $14.99 was sold out in minutes. But GCU was active that time.

I think I remember until dawn selling out at $19.99

This is true, but it also came back several times.  That was when I picked it up.

Regarding the remaining Smash characters, did Nintendo ever say they were actually making them or did everyone one just assume they were making them?


They did actually say we would get them, but it's odd that there's been no word after well over 6 months. Either something's wrong (production, licensing), or they're holding them back for some reason. It's weird.

This is what I have been wondering. Are we talking like two DVD cases stacked, or what? Bigger than that?
Where does the VR Processor rest while you play? On the couch or table between you and the PS4?

I just assumed it would sit atop the PS4, but I guess that depends on the length of the included cables.

This image seems to show off scale decently. 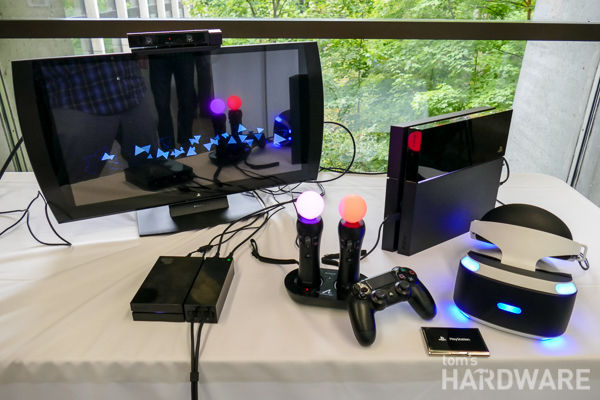 Haha... guess that came out wrong. Just saying, at some point, I'd think interest in these would have peaked off. I mean, a number of these have gone on clearance already but seems like any time they announce a new line, hype is re-newed.


Ah, I see what you're saying.

It's a vocal minority thing, I think. There was always going to be a smaller, hardcore base that wanted all of these, whether initial stock was hard to find or not. I'm something of a collector and love Nintendo, so buying any and all of these things was something I was going to do regardless. The initial stock problems brought in a much larger base, for mostly all the wrong reasons, and now that they're easily obtainable most of that group have moved on.

People like me will always get excited about any kind of amiibo-related announcements. I am glad I can wait for sales now though, since a lot of interest has died off.

I'm amazed at how many of you are still getting these... even the new ones coming out. I've got them sitting in boxes and am wondering WTF I'm gonna do with them... outside of leaving them in boxes.


Because some people genuinely enjoy them, want them on display and/or *gasp* want to use them?

Thanks. There are surprisingly a bunch of stores in my area that will have the VR demo. Will I need to bring Lysol wipes or will the people running the booth (I presume it'll be a booth) take care of sanitizing the headsets?


And that's why I'm scared to demo anything. God knows what would be crawling around inside these things. Hahaha!

Looking over that compatibility chart again, it also lists only the Kirby series amiibo as working with Planet Robobot, which we know isn't true. At the very least, the Smash line Kirby adds in its own semi-unique ability. So I don't know if that thing's reliable in this case.

...Well, if nobody can/wants to answer that question, then let's try a different one:

What's Best Buy's return policy regarding opened amiibo? Will they do a normal return or exchange, or do they treat it like an opened video game where it's identical exchange only?

If no one gets you an answer I may pick one up and let you know tomorrow. I only have Smash to test them with, but that should suffice.

I found a video on YT where a guy unboxes the 3 that are in Smash and scans them in successfully, so that should answer your question.

A ton of nonsense here:  yes Microsoft talked about consoles that could be upgraded.. via components, not iteration upgrades.. Neo leaked out about 2 weeks later, so it's not like Sony saw Phil's conference and put together the Neo in 2 weeks.. second of all there is an article out there with Microsoft quoted as saying the Scorpio was in planning stages but they pushed the Scorpio release date up due to Sony's Neo leak.  Lastly, Sony confirmed the Neo the Friday before E3 and stated it wouldn't be at E3 to temper expectations of Sony fans anticipating the Neo reveal, it was not done because of anything Microsoft has done.. Microsoft are the ones being reactionary, not Sony, the market leader doesn't need to react to the distant second place competition.  Sony stated today that they plan on doing the Apple strategy of announcing the product and having it available shortly after, no need to crater sales for months announcing too early..  Neo is probably getting announced at Gamescom and available 2-4 weeks later if it is releasing this year.

Haha, nonsense?  Interesting statement given both of us know the exact same thing: nothing.  First of all, I never suggested Neo was a reaction...  Of course Sony had it in development before those comments from Spencer were made. But thanks for trying to put words into my mouth.

Secondly, MS can say that if they want, and maybe it's true - but it doesn't change the fact that they were both working on something at the same time. However, I have a hard time believing they "pushed up the release date" if that release date is still 1.5 years away.  Pushing up a release would have it out this year or Q1 next year.  If you really want to believe Neo wasn't pushed because of anything MS has said or "leaked" that's fine.  You may be right, but it seems like too much of a coincidence.  (Though I do believe it had more to do with the negative reaction they've gotten from it.)

Again, I'm not suggesting Sony is being reactionary, but that they're being calculated.  Just like how they were with the PS4 launch that even got them in this position.  Just because they're the market leader doesn't mean they don't have to be careful...  Their messaging has been paramount thus far, if that suddenly changes things can turn around just as quick.  PR is everything, the X1 announcement proves that.  They never truly recovered.

As for the release, I still don't think it's this year.  E3 was the time to do it.  It was always risky to try and launch two products at once, maybe they've realized that as well.  Besides, they weren't even at Gamescom last year. I would be interested to know if they ever announced any kind of hardware at a Gamescom...  Does anyone know?

That Resident Evil VII demo was pretty weak, I wasn't even scared at all and I get scared pretty easily playing these kind of game. Feels like it's trying to be P.T.


I haven't played it yet so I can't speak to its quality, but RE was never really "scary". The early games had their moments, but they weren't trying to make you pee yourself like a lot of these current horror games are.

They know they have to be extremely careful about how they announce/promote Neo and apparently they aren't ready yet... Fine by me.

It's all about the games anyway, so that's 15-20 minutes saved on having to sit through hearing them explain exactly what this is and why I need one. We'll already be hearing about VR and undoubtedly hear about VUE or something similar, so non game announcements would be a little crowded if they went all in with that stuff. I think it makes more sense to show Neo off at its own (brief) event or something like GDC.

At any rate, this means it likely won't be as ready as soon as the rumors originally said, or it's even less of a big deal (as far as features are concerned) than we think.

Or, possibly, they want to wait in hopes that MS goes in with what they're working on first.