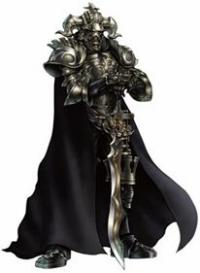 The Brits done ripped you off, son!!!

No more fish and chips on international cuisine nights. Maple bacon donuts at Tim Hortons, it is.

I have no idea how anyone could be disappointed with this Direct. It was easily the best conference of E3. Three BRAND NEW first-party announcements for games out THIS YEAR, gameplay and release date for the elusive SMT V, a bunch of HIGHLY requested ports/remasters (Danganronpa, Advance Wars, Fatal Frame), and an actual release window for BotW 2. This was everything I wish the Xbox conference had been.
Tbf though, we've had a first-party (non-port) drought for a while so some of this was overdue. Just glad it's finally over.
Also, a Tekken rep was a great Smash pick even though I would have personally chosen Heihachi, Yoshimitsu (for the SC cred) or King.

It was good in comparison to the other E3 shows, but was still hoping to see footage of Prime 4, a Zelda collection and a Switch Pro announcement. Also would have rather had a different character for Smash. Getting a new Metroid this year was a nice surprise, though.

The PC show is usually really boring, but I'm hoping Persona 5 Royal and 13 Sentinels will be announced. Sakura Wars would be nice, too.

No More Heroes 1 and 2 are coming to Steam on June 9th:

"Publisher XSEED Games and developer Grasshopper Manufacture will release No More Heroes and No More Heroes 2: Desperate Struggle for PC via Steam on June 9 for $19.99 / £17.99 / €19.99 each with a 10 percent-off discount for the first week of launch, the publisher announced. The PC versions include support for HD resolutions, 60 frames per second gameplay, and additional features including Steam Cloud support."

Finally liberated from Luna. Hopefully will be $20 like on Switch since Xseed tends to only offer tiny discounts these days.

Man, hope the Super / Pro Switch gets announced sooner than later. Really need a reason to get excited about Nintendo again going into E3. The nostalgia only goes so far and they really need to bring out games that will be able to compete with PS5/Series X releases. I’m not expecting a direct competitor, but an HD handheld with a graphics bump for existing titles would be great.

Same. I hope for an Ethernet port, faster network speeds, and a framerate and/or resolution boost. It would be especially nice if they're somehow able to make those improvements to already available games with DLSS, but not sure they'd go to the effort of patching them.

New WarioWare on the way possibly.

The Resident Evil 4 merchant would buy it at that price.

Series X on amazon if you can check out:
https://www.amazon.c...DKIKX0DER#aod=1


Odd, it says not deliverable to this address.

This reeks of a merger between IGN and Poopees.

Control standard? Lame, but expected. I would rather have complete indie games or niche titles than AAA with DLC not included.

Just create a new account and use the deal.

Grandia HD is 50% off on Steam and Humble (60% if you have choice). Grandia II never got a steeper discount, so unless this game is ever bundled, I figure it won't go lower as well.

IGN blessed us with another platinum bundle today. They were selling Cat's Quest with a Cat's Quest II image. TrumpCat would not be pleased with their Fake News.

EA confirms it's trying to acquire Codemasters for $1.2 billion:

Given EA's announcement, Take-Two is now considering its position w/ Codemasters...whatever the means: