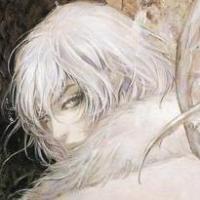 I had the Zero/ZX collection preordered but don't mind the delay. Now it's all about Rune Factory on 1/21.

If you don't buy at least one of these, Sakurai will personally come to your house and punch you in the face.

Do you have a second choice if one already has MotW on PS4 and would like a different one on Switch?

I'd be mighty tempted to get them on Switch if physical copies happened, even though I bought Arland digitally already(on PS4 since space on Switch is more of a concern).

Dusk would be a sure purchase though, so I voted yes of course.

I don't think we'll get a NA release. Considering the digital releases are already out. This collection is not like the Mana collection, it's just a ios/mobile port for a quick cash in. I don't think they put as much effort into this one so a physical probably didn't cross their mind. I mean, it's possible, but it's also possible that they never do it and while we wait the asia version goes OOS and we miss it all together. And regarding what's actually on the cart for the collection, I don't see why all three games wouldn't be on it. The games probably don't take too much memory so I don't see why they would need to split up the games. Does anybody know the download files of the three games on the switch? If that can fit on the lowest memory of a switch cartridge then I see no reason to not expect them on all on one cart

That's kind of the point of DQ, to be honest. It's pretty much the same game each time with just a few alterations.

They are all something 300-something MB so the whole collection wouldn't be much more than 1GB.

I bought it. I'm a huge series fan, but honestly... I just beat trails in the sky fc AND sc straight back to back, so I am good on JRPGs for a while. Prob come back to it after Christmas.

I am done with JRPGs for a bit as well unless I decide to do Parasite Eve or Sweet Home for Spooptober but they aren't the standard fare.

Just played DQ11 enough to check out the 2D mode and put it aside.

Alright!  I can't wait for the opportunity to buy the same games at the same prices we've seen for the past dozen sales!

I don't own a single thing from this sale but nothing I want at these prices or right now(because they will go on sale a million more times before I'd play it, like Red Faction Re-Mars-tered).

Could that box art be any more lazy though? lol

I can't take my PS4 on the go so I'm not sure that I am. These are the type of games I prefer to play handheld so that's how I intend to play it.

A lot of these 'terrible' Switch ports, the differences are pretty minor as well. Although some have been so bad that I do wait until I hear how a multiplat is on Switch before I get it.

I didn't get an email but yep, deal showed right up on the homepage when I logged in.

Now to wait and have slow shipping kill any desire for me to keep my sub again. lol

Why the hell is Blue Reflection so much?  Never see it drop below $35.

Because Tecmo Koei, a lot of their games never seem to drop lower.

Those Castlevania and Contra collections half off already huh, I'll probably pick those up.

Wow, this is like the opposite of when people were getting mad about Final Fantasy not being turn based way back in 2006 or so.

Ill try PC i guess?? I dont have anything but a swith and a ps3, but thanks for the tip

If you're really into 2D fighting games, especially Guilty Gear/BlazBlue/P4 Arena as it's by the same devs you're likely to enjoy it. If you aren't familiar with the characters at all you probably won't get into the story, although a lot of fighting games have nonsensical stories anyway.

Just out of curiosity, can the Limited Run physical games be redeemed for gold points?

I think the only games(in your own region) that haven't been able to be redeemed for points are for physical games that aren't on the eshop. And for those, once they were on the eshop you could. (Penguin Wars and Umihara Kawase Fresh are the examples I know of)

I finally went ahead and grabbed Etrian Odyssey Nexus for $24.55 from Amazon. Just opened my package and it is the launch edition. Still that price now if anyone is interested, not a prime only price(says it won't ship until July 20 now though).

Wasn't Teraria $20 at launch on everything else? That Switch tax is crazy sometimes.

Nice, more Sega Ages stuff for my wishlist. Will probably get Virtua Racing sooner rather than later.