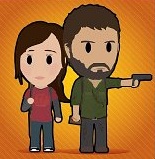 We will get Final Fantasy Tactics and IX... NFTs.

I'm still leaning towards a 1 TB for ~$90 though. At some point storage just costs too much. You guys been buying these (2 TB)? Are you satisfied?

Had 1TB SSD in my PS4 Pro and then later regretted it because it filled up fast and there are some large game installs (FFVII Remake and RDR were both around 100GB each I think). I upgraded to a 2TB and even though it's only 1.4TB full, it's just nice knowing I have some extra space left to install few more games.

I have that old 1TB SSD sitting around... along with a ton of other old SSDs and HDDs. You can only have so many external storage drives before you just end up with extra drives sitting around and resale value of storage is pretty weak.

With the PS5, I just said

it and bought 2TB 980 Pro off the bat when it went on sale. I'm sure I'll upgrade to the PS5 Pro or whatever and can just move the drive since it's added storage/assuming it'll be plug and play. PS5 is early in it's life, I know it'll just end up getting full in a few years.

The deals are just so slow and tepid this year, it seems like filler banter is the name of the game until Friday or Monday.


While this true and I don't normally mind the banter, I hate coming into a thread after a while and seeing dozens of new posts thinking there's some amazing deal only to find it's OT talk and I have to skim through the OT posts to see if there was anything I actually missed.

Yeah, it was $20 on two different occasions within a month at Walmart about 6 to 9 months ago. Seemed like some weird .com-only flash sale in order to clear some inventory. I failed to pickup my order...

It should get cheap again at some point. Especially when the next sequel is coming out. They will drop it in order to get sales on the new title.


Shit.. I remember one instance where it was $20 for a short period so I figured it was a glitch... didn't realize it hit $20 again though.

I got some FFVII Remake Play Arts/Static Arts preorders at Amazon JP and wish I could just prepay for them so I can lock in the rate now.

I think that was one of the longer runs for the one that shall not be named.

Wish TMNT would come back in stock...

Also wondering if we'll see more B2G1Fs this yr. I know we had quite a few last year but it seems like there's been a lot of early BF deals this year and also who knows with the economy. Also insane how much money I've spent with Target this year... and how little I've spent at BB.

I have the same problem. Tried multiple browsers on my laptop, same thing. The only way I was able to log in was with my phone's mobile browser.

Holy shit, thank you. I emailed Namco twice, both times they told me the same generic: it's you, not us.

Well that sucks... I have the double pack ordered online with some previous x% off deal. Would have been nice to get the figurines...

He addressed this a few days ago- basically a bunch of stuff came in all at once and they're now just sitting on a bunch of shit that they have to ship out.

Got the notice that Sony will charge for the Jother edition soon. For the love of god, I hope they pack these well...

How the heck do they not auto write a penny off?  If you said sure charge me it would cost than more than a penny to put the charge through since CCs have a per transaction and percentage fee.

Have you seen the exchange rate between the yen and USD?? Nintendo needs NOA to collect every single penny, no questions!!

Curious if making complete on disc GOTY copies for certain "AAA" titles that left the DLC as download is a possibility?

For instance, Fallout 4 GOTY was just the base game with DLC vouchers.  Fallout fans are hardcore and would be all over that.

Even selling just the DLC on disc that is only available as a download would be big for some people here.

Shit, this is something I'd be on board with.

Maybe they are getting better or certain areas are worse?  I just got a call that my copy of Paradigm Paradox is ready for tomorrow.  A totally niche otome game.  I probably was the only one that ordered that in the store.  When they called to let me know it would be ready tomorrow (the release date) I asked about Bayonetta Trinity Masquerade and she said they already got them and they are in the back ready for Friday,

Not saying you're wrong but in what ways did they get better? I don't deal with GS much anymore because I just don't find deals there anymore or I simply keep missing deals... but my last few transactions with them haven't been great. Lots of gutted new games and online reward certs that simply don't due to some stupid reason or another.