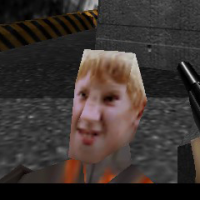 SonyFanboy#1 hasn't added any friends yet.


People with longer attention spans than you.

Still a bit new on this, would it be possible to order 2 preorders and one game thats out for store pickup. Then pick up the game and cancel preorders? In a way getting the pickup game for free?


What are you still a bit new to? Common sense? Logic?

Its mixed..a lot of things are missing so have to wait til Thursday to order


Thanks, I'm interested in grabbing a MacBook for my wife and I didn't want it to sell out.

Is the Instant Pot deal live now? I was gonna grab that one for my mom, but it's on the cover and on the door buster page and wasn't sure.

Nice that they added Vampyr. Will probably grab it at release date now.

I found some Sin and Punishment game for the Wii, does anyone want to buy it or trade for it?

Why does Brickseek sometimes display a ZERO next to some quantities and say "Limited Stock"? Shouldn't it say OUT OF STOCK if the # is 0, as it usually does? Don't get it.

It is usually an error, but I had one instance where "0 Limited Stock" means there is one that they can't find and you might get lucky,

Nice I got one! Thanks for the heads up, almost makes up for not getting the PSN 20% code lol

Whoop, I think Nausicaa actually sold out from Amazon directly. Shovel Knight still doesn't work for me though.

Edit: after re-searching for it, I found the link that actually worked for Nausicaa. I think I'm going to hold off since it sounds like it isn't any different from the books I already have other than being 2 big hardcovers. I am going to try to wait the 10 days for Overwatch and hope they don't kill my credit.

That's where I'm at too. I am willing to wait for OW or BR:2049 instead of getting a book I don't really want. I doubt Amazon is going to take away promo credits if we have them locked in.

If it doesn't I'd say someone doesn't understand the meaning of the word COMPLETE...


Hey the Mass Effect trilogy didn't come with all of the DLC, so my paranoia is not completely unwarranted.

I've been meaning to jump into this, but may have missed some deals. Anything going on now?

Not really. Best Buy gave me the gift card. It wasn't stolen.


Think of it as a breach of contract then, since you seem pretty dense.

Abathur main here, glad to see lots of new players joining us in the Nexus.

Nice, you'll still be on all those things because Walmart under-staffs their stores and refuses to pay living wages to employees. Honestly, Walmart is your employer and THEY should be subsidizing you, yet you and tens of thousands of other Walmart workers rely on government assistance for cost of living expenses. And the Waltons are worth a total of $167 billion, which is more than the lower 140 million Americans combined. Corporations are able to pay shit wages and then inflate the price of their products to maintain poverty, but everyone blames the poor.

Anyway, my Walmart is one of the "NFL 2K2 on PS1 for $39.99" types so I don't get good YMMV deals to post. But I did see this refurb 50" Vizio 4K TV for $299/329 online and possibly in store. Cheap for size and pseudo-HDR 4K picture, though I'm pretty sure the P stands for plasma and the included warranty is terrible.


The Walton's are the real welfare queens.