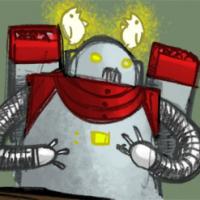 Navigator2001Plus hasn't added any friends yet.

They should just let people pre-order these things and let you come pick them up whenever they eventually get them in stock.

They won't because people are fucking morons. Shortly after launch last year, consoles were made available to order that wouldn't actually be sent to people until around Christmas, and people were getting furious that the consoles they were buying wouldn't actually get to them for over a month. All the dipshits out there would lose their minds and constantly be harassing customer support if they were allowed to plunk down money on a console that would be delivered to them at an unspecified time of "whenever they're available".

I've watched clips of this game on YouTube. It looks so bad that I wouldn't even touch it if it were on Game Pass.

People still shop at BB since GCU was canceled?

I shop there primarily for the exclusive Marvel Steelbooks. And we recently got a nice new oven from there. But for video games... not so much.

They want $4 shipping because they refuse to offer store pickup?

I had this issue with the Black Widow Steelbook. The only time I ever saw them offer it for store pickup was on the actual release day (today). It seems likely they'll be doing the same thing with The Suicide Squad.

My wife's parents are going to take the kids to the paw patrol movie, I'll let you know what they thought of it

Sounds good. Let me know if there's any credit scenes I need to stick around for after the movie that expand upon the PPCU.