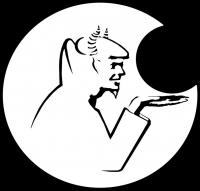 I redeemed a $3 Microsoft order earlier today + it sent an email as usual. Had to manually enter the code to redeem it.


Just edited my last post to say I redeeed one also. Well, at least everyone knows it's coming, so get the codes while you can.

Trying to decide if trading in some of these game to GS for Xbox credit and paying a few more dollar extra to go digital is worth it? Most of the games I have would cost me an extra $3-5 after trading them in to buy the digital version. I am not sure eating that cost for convenience is worth it. It is nice to just turn the system on and select a game to play though.

I say no if you're still having to pay extra. If it was an even trade, or if you got money back, then I definitely would. It is convenient, for sure, but I don't think it's thay convenient, to lose that much per title. If it waa $5-$10 overall, a different story, but several dollars per title to convert is just not worth it, IMHO, unless you have money to burn. I mainly buy digital when it's inconvenient for me to get out to a B&M near a game's release day (I no longer preorder online), but I usually regret it later when I have no HDD space, have reched my ISP data cap, or want to let someone borrow the game or sell it.

I've been a fan of Team Ninja since DoA3 but Nioh looks like too much for me. My friend is really into Dark Souls and he said the same thing as you.

I liked Dark Souls, played Demon Souls, Dark Souls (only 1 I finished), & bought Dark Souls 3 but still haven't touched it, so I'm not a fanatic of Souls games, but I loved Ninja Gaiden 1 & 2. I say that because Nioh is amazing in my opinion. One of my favorite games this generation. It definitely has some inspiration from NG & Dark Souls, as well as some copied mechanics from Dark Souls, but that doesn't make it feel like Dark Souls at all to me. It stands on it's own merit, as far as I'm concerned. Definitely worth getting a ps4 to play the great exclusives (uncharted, nioh, neir automata, Shadow of the Colossus remake, Horizon, valkyria chronicles remastered, among many others for me) one day, if at all possible for you.

Most of what I'm seeing online are just cheaply made generic ones. The issue is that they are unshielded, so could get some interference. I don't think it's that big of a deal really, but if I can order the same thing myself for much cheaper I'm not going to bother with the more expensive one the store is selling.

Really, I want the HDMI cable that's been making the rounds on Youtube, but it's sold out on Amazon and I don't know where else to find it. My TV is older so it still has component, so I'm fine with cheaping out for now.
https://youtu.be/28jVJkmIK3M

I have the official advanced AV pack for Xbox. Would that help you at all, or you only want the HDMI? This has component & S-video outputs. I will never use it, so if someone pays shipping, they can have it. I'd give pics, & I have original packaging, also. No biggie if it won't help but I hate for it to sit here useless if someone else will use it.

EDIT: This is the one I have but the actual cables aren't in the package with the part that connects to the xbox. I probably them in my closet but I'd have to look if anyone shows interest. I used aftermarket cables, though, when I had it connected.
https://www.amazon.c...k/dp/B0000C6EDK

EDIT 2: nevermind these won't help you. I thought I used these with component cables for my xbox (its been a while, lol), but I guess I only used this for the optical audio on it & then just had standard RCA aftermartket cables for the video. The 360 I guess was what I used the component video woth before I had HDMI. Sorry.

No problem. XBox Rewards is better than My Nintendo rewards at least. I know that is not saying much.

I have to admit, Nintendo made certain that was the case, recently, especially after it was topped off with the "gold coins are...pennies?" fiasco.

If you earned the points on March 2nd then you will have to wait until near the end of the month. Most likely the 30th. XBox Rewards are never speedy. I have rewards I earned early in the month and they did not deposit for me either on the 15th. I got my purchase rewards from last month on the 15th.

I figured it was something wonky, especially when they basically spell out what exactly is supposed to happen, & it doesn't happen, lol. I don't know why they go through the trouble of being so detailed if they aren't going to abide by their own policy... I had the option to "request deposit" when I had like 1699 points around the 1st & 2nd of March, but then I redeemed some VIP points to buy the 5000 rewards credits (that was the only time I had seen it in stock, so I bought it. Here is what they say regarding this, in case anyone cares -Once you’ve reached at least 5,000 Credits, we’ll convert them to your local currency and deposit them into your Microsoft account around the 15th and 30th of every month. Tired of waiting? If you’ve got at least 1,000 Credits pending, you can make an early deposit request for the date shown below. ). Strange. Oh well. Thanks for the clarification for me.

Agreed. Companies are gonna get backlash when they change stuff. It seems it was better than industry standard and now it's settling into standard. I'm on board with free is free. Just if I gotta do a lot of work it doesn't seem free.

I agree for the most part, but I think it's a little shy of the industry standard (especially for anyone that visits the My Nintendo site more than once every 4 to 6 months). As you said, it's a HUGE downgrade from Club Nintendo, but I bet they lost money giving out the physical rewards, while they most certainly aren't losing any money running the My Nintendo rewards (& probably make money off it, in all likelihood).

Wow, after a good once over, I'm not even seeing much that I already own that I'd want otherwise, like normal. One exception is Valkyria Chronicles Remastered for $12. That's a great deal. Admittedly, the weekly sale was rather high on things that fit that criteria.

That is pretty adorable. I am sure he would love to alternate between that and the Pikachu one. He is getting really into Pokemon cards and tries his best with Ultra Sun for his 2DS. Some of the words I need to help him with. I want to pick up a switch real bad for Odyssey but I don't quite have enough Gamestop Trade Credit yet.

PS. If anyone has any other Pikachu with Pokeball theme codes I would appreciate one for my 3DS XL. Anything Pokemon related my son just loves.

PM'd you the Mario one. I usually have my themes on the auto shuffle, so it changes themes every couple of times you open & shut the system. If I didn't have it do that, I'd probably never remember to change the theme.

Thanks for this code my son will love it.

Sucks I lost 660 silver coins from my Nintendo website on 3/1 (they expired). I wish I'd have seen this thread before then, because I could have bought all of the other silver ones & given them to you since I already have them all.

Actually, my bad. I forget most of them can only be redeemed once. There's another decent one that's Mario that I could get for you if you think he'd want it? I forget what the exact theme is but it's related to Mar10 day, IIRC. It said that one can be bought 3 times, I believe. I don't mind since not anything else to spend those silver coins on anyway if you don't play Nintendo's cell phone games.

Got an email about the changes to PS+.

Got another email that PSN is crediting my account because NJ tax rates were lowered Jan 1, 2018.

Now I can get that surgery I've been saving up for.

Now you can't say you never got anything from those epic tax cuts.

Spoiler
Sorry, I probably shouldn't have said that, cuz I certainly don't want to bring politics in here, but I had to.

They should treat PSVR like a separate system. If they're only doing 2 PS4 games a month and one of them is VR, non-VR people are going to be pissed.

Like chip said above, it's only a good value if you plan on taking advantage of the sales. I don't do multiplayer and I barely get any use of out of the free monthly games. It's my own personal decision, people are free to make up their mind and do as they please.

My PS+ is up in April & since I never played Uncharted MP, or any other game's MP, I think I'm not going to renew it for the first time since it was introduced on ps3. I can't afford to right now, & that plays a part in my decision, but it is getting me to think about things from a perspective I didn't consider before, & those funds could be used on other more pressing things, at least for a while. I usually end up already owning most of the games that I care about in the free games portion, & I will never play the others.

That's a whole lotta questioms... You a cop? You work for Gamestop? If you want to arrest me, just say it. Stop being so damn sneaky!!!!!