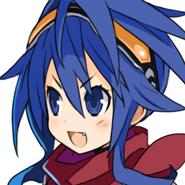 I just price matched this to Target via live chat for pickup since I have a Circle Deal for making 2 $40 purchases to get $10 back, and somehow the rep ended up giving me $20 right off the full order price, so only paid $44 in total.

Not sure if anyone else would have any luck replicating

I apologize if I’m one of those people but I felt like for this specific incidence with the Elden Ring it was ok to post the updates when it’s possible there are so many others that may or are currently having this issue. But I’ll leave it alone and not post anymore about it the issue

This. Especially given how badly its getting screwed up compared to other more isolated incidents

Mine is still Preparing for Shipment while the stupid whistle is coming today. Gamestop really fucked this one up bad

EDIT: Reached out to customer support and apparently my order had some sort of hold on it? Despite being charged and partially shipping. They added 15000 points to my rewards account atleast, so I'll take it.

Double Edit: I was looking on Reddit and apparently a non-small amount of people who ordered the CE's are receiving random standard copies instead?

Just got an email from Gamestop saying there was some sort of issue and that my order would be on its way on Monday the 28th.....weird...but as long as they fulfill it I don't care.

The series 5 cards are a bunch of bs. Half the set are limited to 1 per pack. So in theory, youd need to get 24 packs and hope for no doubles to get the full set. that will leave you with 94 extra cards at a cost of $144. Nintendo always making that sleazy cash

Surprised how easy pricematching online is. Had brought a Razer Naga Pro on the website and it dropped by $30 at Best Buy/Amazon a few days later, talked to the chat and they ended up mailing me a $30 gift card for the difference

Thanks for the ultra list dump ThatOneGuyWho. Managed to find one of the two last Steel Series at my store for $64, only other place in the area that had them on sale was for $100 and was 20+ miles away.

Been looking for a new wireless headset I can use on my PC/PS5 as I'm not the biggest fan of my Sony Gold Wireless anymore, gonna test and compare. Worst case I can return these

Ugh dammit, of course this had to coincide with them giving me a "make 3 $40 purchases and get $15 back" on Circle offer as well.

I'm legit out of space on my bookshelf to put new books, but I keep buying them.....

Curious how long the Switch has been holding its current trade in value? Was originally gonna sell mine on eBay since the OLED comes out in like 3 weeks, but seems like on average they are barely going for $250-$270ish plus the hassle of shipping cost, their deductions, plus potential buyer issues.

Seems like taking the slight hit would be smarter and much easier, plus I could just grab an Oculus Quest with the credit.

Finally found the Amiibo Cards at Targets, was able to grab a set for me and a friend. They had about 5 left and each pack was clamshelled in the front of the Nintendo aisle

Didn't see it posted, but lots of stores seem to have the 2TB Seagate Xbox Game Drive with the 1 month Game Pass on clearance for 44.99.

Grabbed one at my store to replace an aging hard drive I've been using for years.

The stock tracker seemed correct for my area, and Brickseek confirmed it. Though it won't let you do instore pickup for the price

Gamestop really stepped up their shipping. Got all 3 of my Amiibos in already. My Loftwing's are shipping already as well

Yup I got all 3 as well! Surprised they are still up, glad my body randomly decided to pee or id have overslept

Love how they are making Amiibos a bitch to find again. They were already hard enough to get during the first 3-4 waves. Now you're adding post pandemic stock/employee issues AND the insane amount of people scalping items for easy money