It might not have even been a fellow cag member. I saw the pokemon deal on facebook before I posted it here.

eXACTLY but for whatever reason he always blames us..

We jus got one in our area so could use the homie's daily clearance links..

Ah, I didn't see that part. Yeah, not really anybody to blame but oneself in that situation.

The only store with a decent amount of the $3 games appears to have been wiped out either last night or this morning, but I unexpectedly found two of these for $89 at another store today: 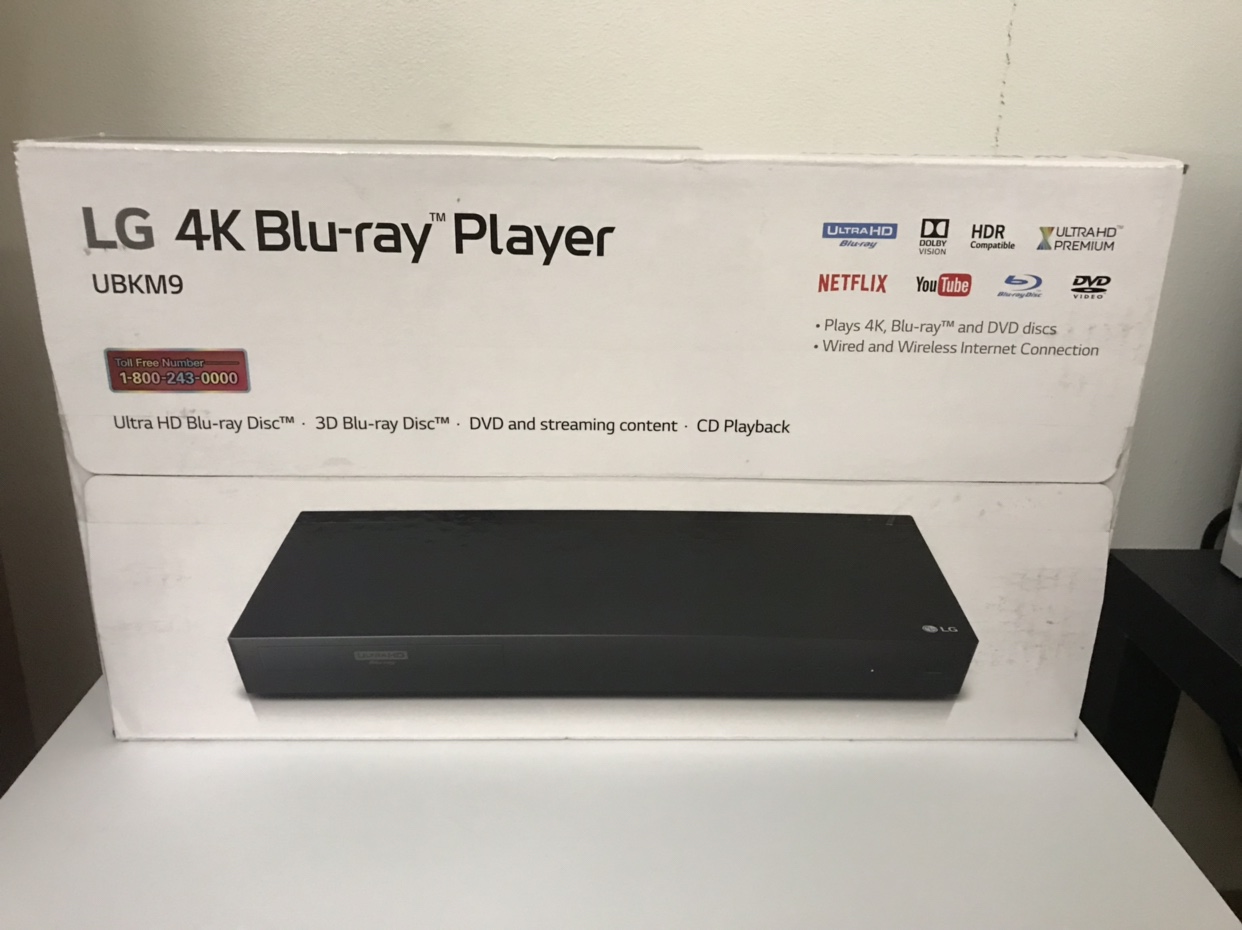 Haven't seen this at any other Walmart before, and it's got a manufacturing date of January 2019, so I'm not sure what the story is. That said, I've been looking for a UHD player that has Dolby Vision support and a second, audio only HDMI output for receivers those of us with receivers too old to pass thru HDR, so I snagged it.

It's light on apps (just Netflix and YouTube), but if you want a UHD Blu-Ray player with more flexibility than the XB1S or X, it's well worth $89. I have my lossless audio for movies back!

NICE FIND, but what more exactly type of flexibility does this offer over the xboneS

Also any tips or advice for running wires thru basement for the rear Right and Lefts?

here's hoping he was jus messing with us?

dude was cooL and at the very least kept this and the Target thread going...

also it was a breath of fresh air that he ALSO threw in NON-video game stuff in as well.

NOW somebody ansswer me about those BEYBLADES!

any Beyblade expoerts out here?  Lil nephews had a "tournament" at their bday party last week and NOW I am intrigued, seemed super fun and can't stop thinking about them.

ACTUALLY what really sealed the deal was this video here.. For ex. at 0:53

Man, those things spin like a son of gun, have not seen those any store.

Anyone know what the heck those are, I mean the things that make the tops spin.

Anyone know what the best way to get into this world is?  I would need at least 2 of the spinners and I guess some of the tops.   Prices are all over tho on Amazon so jus curious on best way to get started..

Very well said. I'm not going to fault any dog in this fight, since I can see arguments for either way. I've been guilty of coming across a super cheap item and getting that 'sales high' and buying a couple extra of em out of excitement, getting caught up in the moment. I think that's only being human. But buying a couple isn't the same as buying 20 of em. Re-sellers are a way of life, as you said. All's fair, in love and discounts. Very rarely have I found it profitable to hoard extra copies to re-sell. Maybe some people are pro's at it but in the end, I usually find it more trouble than it's worth. USUALLY. I've gone the other way in the past coupla years, and focus on trying to post about deals I see instead, on CAG. Nice feeling to help other hardcore gamers out, cause I'd hope someone else here would do the same for me.

In general, I've developed a soft spot for Jurai, because I think his heart is in the right place. A shame to see him leave...

THIS, not a reseller but definitly borderline HOARDER, so I try to post deals v/s buy on deals, since I have like 150+ PS3 games in the back catalog thanks to HONESTLY jus strolling into Target and checking out the clearance section..  NOW that my lil on is close to being potty trained I am no longer going to Target weekly for diaper runs and so that along with the previously mentioned 150+ back catalog has tempered my buying..

As far as Jurai goes, I am not sure what his deal is...  1st he SHOWBOATS thats he's a coder and has a personal Brickseek in the works, me starting to explore the world of CODING I latch on to the kid and ask him to expand on all that, more from a learning to code angle and kid dogs me HARDCORE..     Also I  Didn't even know him except that I knew "someone" had DRAMA quit the Target thread, and then i found this thread and turns out that somebody is Jurai.. NOW he DRAMA quitting this thread on the same b.s.

Its like he blames US for stock being gone..   Like come on man, the peeps that could be snatching all this stuff up could be employee's or "professional" flippers that have NOTHING TO DO WITH CAG or anyone here..

Or it could just be as simple as Inventory being updated or corrected to reflect more accurately stock on hand..

I mean sure we have a couple of a$$ hats here that talk about buying 3+ of cheap items, I mean yeah it happens, but who knows, they might be buying for friends and family, ya never know..

its pretty RAME to make it a big deal and then to "ANNOUNCE" that your punishing us by no longer posting..

its like come on man.. its the nature of the beast, win some, lose some..

Jurai no longer posting is more hurtful than helpful to the community... the ones that do this for the flip hustle will always find a way..

The regular dudes like me, that casually check CAG here and there and that would appreciate a good deal are now gonna miss out..

so thank you Jurai, thank you for basically helping the ones that anger you the most..