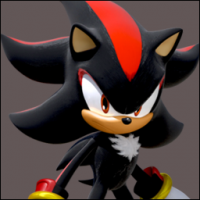 Looks like this deal already over/expired. I did get one at the $30 price from walmart a few days ago since they were already sold out on amazon at the time, The code was sent to me in 10 minutes & Worked with no issues.

I was just about to ask about that.

Don't blame ya & Would've done the same if I had 2-3 years before the subscription expires OR When another deal shows up for XGP.

WalMart has the same deal going for Xbox Game Pass Ultimate as well....

(Don't know how long Amazon & Walmart will keep this deal up. Would be great if it was Buy 1 get 1 free deal for XGP Ultimate since Microsoft been adjusted the conversion rate for the EA Play 12 month cards to only be worth 2 months instead of 4 months.)

Pretty surprised to find that PC is the only way to play Mortal Kombat Komplete Edition if you don’t have access to a PS3, Xbox 360 or Vita (not compatible with newer systems) ... and Steam doesn’t even sell it anymore. Luckily had a copy in my library. I recall it being a subpar port ... but it’s still better than nothing. I wonder what other major titles are stuck in backwards compatibility limbo like that.

I was fortunate at the time to find Mortal Kombat Komplete Edition - Steam version on cdkeys.com sometime last year ago when it was on sale for $3 or $4 dollars. Then downloaded one of the mods that unlocks all the unplayable bosses & mystery characters, etc to be playable characters.

Right now at the moment cdkeys.com selling the Steam version for $14.59 (prices variate/change at cdkeys.com at anytime especially the same day in some cases)

There's the link for those who haven't downloaded it or Missed out on the chance of getting the PC version of this game when it was available buy from Steam.

Report: PS3, Vita, And PSP Stores To Be Permanently Closed In A Few Months

The PS3, PS Vita, and PlayStation Portable stores aren’t long for this world. According to a source familiar with the situation (verified by TheGamer), the stores are due to be closed down from July. The announcement is planned for the end of this month.


PSP’s and PS3’s stores are to be closed on July 2, while the PS Vita store will stay open until August 27. After those dates, you will no longer be able to purchase digital copies of games or DLC for any of the Sony consoles mentioned above.

One of the main reasons I buy the games physical & Buy games digital on PC(Especially when we can get some of them DRM-free & The digital-stores to buy PC games from isn't getting shut down like how it is for consoles even if that does happen there will be other digital-stores that'll still be open along with ways of these games being preserved, Emulation/Emulated especially for games that were played on consoles/portable-handhelds, Shows up as abandoned-ware games, etc)

Far as buying digital versions of console games goes I like to keep that at the very minimum to none as possible.

Either way upsides/downsides of Physical & Digital that'll always be there no matter what especially the Physical vs Digital discussion/debates etc.

Download / Digital only for both versions that's linked. Nothing official announced for a physical copy of TR: DS Trilogy(Most likely 3 discs in 1 case or 3 discs in separate cases packed together).

What's the shipping date for anyone here who were able to get their PS5 order in on the walmart website or walmart app?

Mine won't be til next month early-mid April 2021(unless this was the default-ship-date from the start-wave 3PM), Hopefully it won't be that long, Even if it is at least it'll be better than paying the scalper-price / bundles-with-certain-items-we-wouldn't-add-in-cart & I was able to check out during the 3:30 PM wave :-/ while already having it in the cart on stand-by during the 3:20 PM wave while kept getting hit with the out of stock / error / high-website-traffic, etc messages during the 3:20 PM wave.

Best chance to get PS5's is to use the direct add to cart link.  Below is a copy/paste from my instructions on another forum that has worked multiple times for me and others.

Just keep in mind I haven't used this since like January so I'm assuming the process is the same but it could be a little different.

Once you see the "add to cart" button show up on Walmart for the item you want, click the link below.  It's a direct add to cart link for the items.
DO NOT REFRESH IT.  Let it spin.
If you get a 521 timeout error, THEN refresh it and wait again.
Even if the "add to cart" button on the listing page isn't working the links below should eventually work.  It will take you directly to the cart with the item in your cart if it successfully worked.
PS5 DISC: https://affil.walmar...items=363472942
PS5DIGITAL: https://affil.walmar...tems=493824815

The direct link(s) were a great help. The 2-Month struggle trying to get a PS5 is over. The next one will be the Xbox Series X.

Is this still valid?

Currently this deal is still going on. (Until amazon decides to remove the special offer that I quoted from their page)

"Buy a 3 Month Game Pass Membership and receive an additional one at no charge."

"Note: Per user's comments, appears to be 1 promo per account." Restrictions Apply

Yes you can stack up on these buying more than one & I think the max stack-restriction limit is up to 2 years on each XBL account for Xbox Game Pass. Get in on this deal before amazon runs out of codes to sell.

Check your "Spam" folder-section of your email if you all don't see the codes email in your inbox.

"In a post from Xbox’s Larry Hryb (aka “Major Nelson”), it was announced that Crackdown 2 is now available as part of the Xbox One’s growing library of backwards compatible titles, giving console owners the chance to dive back into the series’ second installment. Even better is the fact that at this moment, the game is currently available free on Xbox Live for Xbox One owners." -Dualshockers


Get it now since its free at the moment before MS decides to put a price on this game later on.

Yes.... we all know "Crackdown 3" is here already lol. This is just for the people here that would like get this game, Re-download their digital copy OR Dust off their physical copy of Crackdown 2 to use.