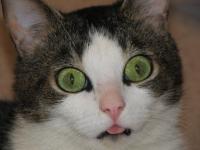 I started getting them for a few weeks, but they stopped again. I do not understand their systems.

Use this MOVIES ANYWHERE Screen Pass to choose a movie to watch from my list of Screen Pass-eligible movies.
https://moviesanywhe.../SS9V4J8SQHMXWL

All "free" with your gold

If he has a beefy pc good enough to handle VR gaming and doesn't plan to use the oculus away from home, buying on steam or rift store with compatible games is fine and may well offer better graphics and performance. If the computer is iffy or he plans to take the oculus to show friends or what-not, sticking to the oculus store is a better option. I haven't noticed much difference in air link or virtual desktop. Both work fine for me.

As far as games comparable to the psvr titles  mentioned by Freeze Time, this is supposed to come out soon and may provide a superhero fix and Ritchie's Plank Experience has a mode in which you fly around being heroic and is one of the most fun experiences to introduce newcomers to vr. Neither of these games seems as fleshed out as Iron Man, though. I haven't seen any one game that compares to PS Worlds similar experiences can be pieced together with several titles, but I am not aware of a great match on oculus. Onward and Phantom: Covert Ops are good action /shooter games I've played. I love Superhot VR. Did he play that on psvr? While he might not find those exact games, between oculus and steam there is a wide variety of quality vr games in most any genre.

Use this MOVIES ANYWHERE Screen Pass to choose a movie to watch from my list of Screen Pass-eligible movies.
https://moviesanywhe.../SZBELFZ2VYVEFK

Watch it be the PS4 version that's free and it doesn't include a PS5 free upgrade.

I don't think we're allowed to complain about that kind of bs around here.

Wario64 is saying Back4Blood will be on GamePass day 1!