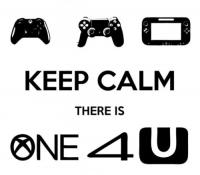 milehighshooter hasn't added any friends yet.

I very much enjoyed The Order. Beat it yesterday and am patiently waiting for a sequel. The game was a bit repetitive, lacked good pacing / direction and too many QTE. But despite that it was a beautiful game, great story (buildup, still a lot of questions unanswered) with some expressive weapons and gameplay. Hopefully the sequel (it's bound to happen with its ending) will fix those issues.

Might as well trade in the physical one for around 23.80 at BBY then get this

In Topic: Amiibos Currently Available and for Pre-order. Wave 4 announced *Do not post...

Anyone have experience ordering Amiibo's from play-asia before (in terms of packing)? Also, how are they selling retailer-exclusive figures?

In Topic: Amiibos Currently Available and for Pre-order. Wave 4 announced *Do not post...