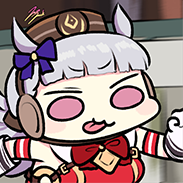 Bah 2 of the games I ordered are broken and wont read.  Now I have to figure out how I am gonna exchange these or something.  First time I've ever had this happen. I can't find the order slip that came with the package but the package was also delivered opened.  Is it possible to use the online order from the email? Or is there another way to get the online order print out?

Gamestop doesn't normally ship with a packing slip.  They go by order number.

Just a heads up, Target is threatening to cancel my preorder. They held the funds and re-released them a week later so they know my account was good. I had bills to pay and I wont get paid til next Friday, so i thought everything was all good.  Now they are trying to blame my bank which I know is bullshit because they did the same thing with a different preorder on my target card. Also wasn't coming out til November, but they had to have the money on my target card in August?????? They are like that landlord who demands rent for the upcoming month the day after you just paid rent for the current month.

I think I am just going to put my xbox series s on my credit card i rarely use so they don't pull the same shit on that.

Its because you probably didn't keep the amount available.  They pre-auth you like twice a week to make sure.

They are a business.  Their goal is, surprise, to take your money.  Getting mad at them because you can't just immediately snap one up at random times and actually have to be around for specific events is kind of silly.

I was very confused to see this deal on the front page.  Why are we resurrecting decade old threads?

Not that anyone is on the edge of their seat wanting more info, but I like just getting it all out there if really bringing up an issue or situation.  I’ve already written enough is the only reason I didn’t initially include this as well, but just to cover everything.  I did have two returns.  The other, and first was a dark souls bonfire light up plastic statue.  Really cheesy looking, I don’t recommend it.  That was the first return I brought up, I said I wanted to return it because it was GameStop “new” open box to begin with, and I found it to be missing the usb charging cable once I opened it at home.  A problem entirely caused by GameStop’s shady description of “new” in that regard.  She says she can’t accept the return if it’s missing an item, I said you get how wrong that is right?  GameStop sold me the box with an item missing and you won’t accept the return because you didn’t include it to begin with?  I wouldn’t steal a usb cable.  That’s when she started on the “i don’t have to accept the return if I don’t want to” refrain, that she used a few times.  I solicited that I saw a few on the shelves, and I would prefer to return the item, but I can switch it if I have to.  She talked about how even that would be doing me a favor.  It’s a cheesy item, I didn’t want it anymore but pushover that I am I saiid if that’s the best she can do, fine.  Them selling me an open item with a component missing and me returning it in exact same condition though, I would have been completely within my rights for a return.   I know I read stuff like this online and I think the writer is downplaying their own role, so I get if anyone thinks that about me, but my comment, “you get how wrong that is, right?” And the “are you kidding me?” when she threatened the police out of nowhere are the only times I may have raised my voice a bit”.  So that’s what led into the next return and the joke “you don’t trust me very much”, and on from there.  Just thought I might as well post the whole story.  Distortion or misinformation is a big pet peeve of mine and I think the foundation and start of much larger problems in the world so i just felt the need to post the whole thing I guess.  This should maybe make the whole thing make alittle more sense overall.  K, I’m done hijacking the thread now!

Take your receipt and instead of doing just a survey reach out on social media and bring attention to the issue.  I understand this pandemic has gotten people all screwed up and that working a retail outlet isn't ideal but its very clear she doesn't value her job.  There are plenty of people right now who would very gladly take the hours to support themselves or their families who are better suited for a customer facing position.

This is straight up mistreatment of customers and wouldn't be tolerated in any normal situation.

So I called the store I'm going to pick up the figures from (they are actually open now) to see if they were able to do returns yet. They can, however they said that they can't do mine since I paid with PayPal?

Oh damn.  I was just about to grab the Yakuza Remastered collection too!  Glad I waited.

Is the Lego game free forever, or just until May 21st? Or is May 21st the last day to redeem it?

Uh...so Gamestop majorly fucked up my order from the get 50% off deal last week. Ordered .Hack for the PS4, they sent me a copy of fucking Dirge of Cerberus: Final Fantasy 7 for PS2. The receipt even says its supposed to be .Hack.

I'm sure this will be fun to deal with support over.....

I've had to contact them twice now for wrong games.  Email is less stressful and fairly quick than the phone queues.

Since grey market isn't endorsed by companies this "deal" should not be used to gauge whether or not a new service is coming or if the value is about to change.

Dragon Quest Heroes: The World Tree's Woe and the Blight Below (PS4)

I don't have a PS4 yet, but I'm getting games for when I do get one.

I recommend Horizon Zero Dawn Complete, Bloodborne since you seem to like Souls games, Bladestorm Nightmare if you want a weird Dynasty Warriors meets tactical RTS fusion game, literally any of the Yakuza games on sale, Valkyria Chronicles Remastered, Disgaea 5 for a tactics RPG, and Shadow of the Colossus which was a really well done remaster.

That's just some of the games I can vouch for.  That would give you easily 1000 hours of gameplay lol.

Why would they tell you to pop the hood?  Are they into mechanics now?

You're responding to a troll.  But if they're popping the hood its very likely said troll drives an old beetle that has the trunk in the front lol.

Trying to decide on getting Dragon's Dogma before the sale ends tomorrow. Any thoughts or recommendations on it?

Its one of the best RPGs of the past decade or whenever it came out.  It has a lengthy campaign and has a lot of replayability and I have somehow bought this game 4 damn times.  At under $10?  That's a steal.

Thoughts on Mutant Football League?  I'm not really a football fan but I've been super interested in games like Blood Bowl but haven't really shelled out cash for them.

Well had a online order come in and have an issue with a game.

Called customer service last night, option #3 for issues with an order... Over an hour later had to give up and hang up. I saw another post about calling the bank to do a stop payment. I have emailed them and plan to call again today. If I have no success, what's the odds the bank will help? Think it's ridiculous to have to spend hours on hold to resolve this.

What will happen is your bank will issue a chargeback and that will end up nuking your PUR account because the company doesn't want to do business with anyone willing to force a payment to be refunded in that manner.  Do NOT do this until you are absolutely certain there is no other avenue.  I had an issue with a game I bought last week not being the right game and I emailed them instead of calling and got a response the next day with a no hassle replacement for the game I was supposed to get sent out.