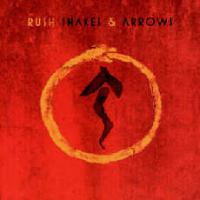 Man, TV-TV-TV was the least of their PR issues. "Xbox One requires always-on internet" and "developers can disable used game playback," anyone?


Yuuuup. And everyone likes to play what if about family sharing and digital trade-in, but Mattrick and the PR were so half-assed and hamfisted that nobody really knew what was being offered. Which itself wouldn't have been quite so bad if Mattrick wasn't so completely smug about it.

He absolutely damaged the Xbox brand despite going to Zynga soon after; leaders build teams around their philosophy, and that dogma takes a while to diminish.


Anyone played this with the hand tracking update? Thinking it might be a nifty game for my daughter ...

So I got to the last 7 missions of Homefront aka almost done with the game to acquire the prize - the ability to play Timesplitters 2 on Xbox.

Your able to play all the modes and levels on Xbox. Kinda. Neo Tokyo hard crashes on start up and other levels randomly crash :(

I was able to play as a monkey and have a few rounds against bots. That was fun!

Supposedly you can do splitt screen multiplayer and online but I have no idea how to do so.

It was a fun little easter egg but not worth suffering through Homefront to get to. Hopefully in the near future they release the Timesplitters HD trilogy with online. I'd pay $70 for that collection!


Even as I bought Homefront, I knew I'd unlock Timesplitters and play it maybe twice, but it was the novelty and nostalgia of it all that drove me, lol.

I don’t see how you could be spoiled by anything by trying this quest in survival. Like others said, do survival, open the door to start the time and hide. Even if you get caught, restart and repeat because the quest tracks cumulative time hidden. You don’t need 5 minutes no stop.


This method worked for me. No spoilers at all.

Also, the game ran like hot garbage on my Series X. Like single digits frame rate. Super weird. Anyone else have that?