Watchman hasn't added any friends yet.

Thanks, I'll keep that in mind.  After reading this, I swapped the batteries (was waiting for two to charge anyway).  It was either that or ... something else... and now it's back to working!  I'll keep the other suggestions in mind.  Maybe it is a firmware deal.  It is kind of a crappy remote.  Can't someone in Japan design a remote for Sony?  I don't remember any decent ones since PS2.

I actually loved the PS3 official remote. It might have been sloppy in its layout, but it worked awesomely.

The PS4 semi-offical remote crapped the bed on me within a few months use. They took something that wasn't broke and ruined it.

...and "Metal Gear Solid: Digital Graphic Novel" for the PSP.

That was great! Ryan Wood's painted art is just killer stuff. Loved watching it on my PSP.

The import of Hitman 1 & 2 into HM 3 is sooooo much easier than the BS nightmare of HM 2. For each game you hit a button that asks you to go to the store, a tiny file downloads and it’s accessible. Main game actually already includes the content so no need for tons of other downloads. Good job IOI!

The whole Gold, Deluxe, free to, weapons, outfits... I've never seen a more nightmarish handling of getting the "complete" game. I own 1 and 2 digitally, bought the gold, and yet I can't seem to access the cult mission apparently without another purchase. Even finding help online distinguishing which from which proved difficult as many others couldn't discern the differences either.

I prefer having a physical copy. I forget which games I have when I go digital and want to go rummaging for something old to play. I'm likely to look on my physical shelf 9 out of 10 times than my digital gallery.

Did anyone get anything good from others for Xmas?

My better half finally came through and got me the ultimate:

My first time ever having him in all 35 years they've existed. Also my first Autobot Titan.

(I scored Trypticon for $60 on Amazon--who knew they considered discount dollar stores competitors?)

I think it may also be the only second time we've been together she actually got me a TF (despite them being on my Amazon list every year! XD)

Target press release for Black Friday and the holidays in general. https://corporate.ta...n-with-enhanced

Target Circle members get early access to Black Friday doorbusters and exclusive deals (Kids Daily Deals 11/01 - 11/27, that 25% coupon should come in handy for this).

I like the early access, especially if it's earlier in the week. Last year as part of being part of BB's rewards I had access to all the BF deals on the Monday before. Walked in to a quiet store, picked up my PS4 Spiderman set, used $100 gift card and went home playing that day, four days before the sale. Simply exhilarating to get an awesome deal and have zero stress to deal with it.

Although Dead Cells isn't on sale anymore, I still find it a tremendous steal at $7.99 with MFi support over the PS4 version at $25.

It's remarkable to lay in bed with my 12" iPad on my lap playing with a Dualshock and new Soundcore Liberty 2 Pro bluetooth earbuds.

I hope MFi comes to a lot more games. I especially love Dead Cell's immediate pick-up-from-where-you-left-off between iPad and iPhone, even if you quit the app.

Cause they know eveyeone has that game already. I have it on like 3 platforms. Lol

I used to order from them a lot way back in the day.  I'm talking, 15-odd years ago.  They were called DeepDiscountDVD.com at the time and they were hands-down the best place to order movies, their prices were consistently lower than even Amazon on pretty much every title.  What made them even better was that Summer and Winter, they would issue a reusable promo code that would take 25% off everything in your cart.  It used to be for DVDs the way we handle Steam now; add a bunch of titles to your wishlist and then go crazy every Summer/Winter spending hundreds of dollars on loads of DVDs, some as low as $6 a pop.

Then eventually the day came when they decided to expand their market, selling more than just movies.  This was a result of a new business partnership which led to them also changing their name to simply DeepDiscount.com as well as higher prices across the board.  Plus, the Summer/Winter sale was no longer 25% off, you were lucky if you got even 15%.

I don't use them as much as I used to back in the glory days, but on the rare occasion when they do have a decent sale going on, I'll still order from them.  Just keep in mind that you're not going to get an Amazon-like experience from them. But I've never not received an order from them; even if it took a while to ship out, I did eventually get it.  And if I did need customer support, I call their 800 number rather than attempt to get support through the website or e-mail and everything goes rather smoothly.

I too used them a lot before the days of dropping "DVD" from their name. I used to clean house on anime, box sets, just absurdly low prices after the 25% code too. I once put a glut of films and box sets on my Xmas list for my family, and they sent me a giant-ass box of virtually everything on it from that site; my family's pretty chintzy when I ask for entertainment, so to see this box filled with about 20-25 films (a lot of them Kurosawa Criterion editions) and series was unforgettable.

I check in with them now and then, but I haven't gotten an email from them in years, despite all those purchases. And the prices aren't anything special short of burst sales like this.

I'm just surprised they have an 800 number now.

Avatar made a shit ton of money and is a stronger draw theme park-wise than freakin' Star Wars. Allowing Cameron to make at least three more was one of the last solid decisions Fox made.

Money yes, but how many people today are actually excited for more, let alone anyone who can remember what it was about other than copulation with botany? It's been ten years and the ball has barely moved on this despite teasers and promises.

I see this argument pop up and it reminds me how privileged I am that my Target and Best Buy are literally across the street from each other.

And on my way to/from work.

I thought that was you driving by when I was crossing the street between mine.

I got bored of Spider Man and never finished it.  But to each their own...

I will say that it was fun and impressive for the first few hours, but then started to feel tedious and repetitive relatively quickly.

Name a game that hasn't.

Games are essentially just that: doing the same thing over and over, just a little differently, be it video or reality.

The variety was great I felt with the challenges and side missions--plus Pete cracking wise while kicking a$$ is way better than a guy with pointed ears just grunting and slugging.

To each their own.

I will say this though: Insomniac is a great company--not just in their games but in treating their employees well. They have been ranked in national top employers a few times for "best places to work".  Also for fans too--not many developers hold fan days and invite them to lunch, hand out scads of good prizes and meet the entire staff and tour the studio.

They deserve every dollar for Spidey and all their other wares (save for Fuse--but that may have been a Sony decision to retool what would have otherwise been an amazing game--find the original teaser trailer vs the final result).

I mean, these were the guys and gals that gave the world Spyro and Ratchet & Clank.

Since no one answered your question and rudely ignored it:

Yes this can go lower. The price is $23.99 currently so theoretically can be reduced by another $23.98 before it's just given away for free.

You should also consider that this game is definitely going to be on PS Plus soon since it meets all the requirements of past PS Plus games:

Frankly, holding out for Plus is criminal for a game like this.  Granted, it's Spider Man: Arkham Asylum but is just as tight and well-executed as its forebearer. Plus better lit and and a lot less grimdark (funny too).

As someone said, it's easily worth $30, but considering the DLC was pretty close to $25 to begin with, it's an absolute steal, just for the additional costumes and story alone. 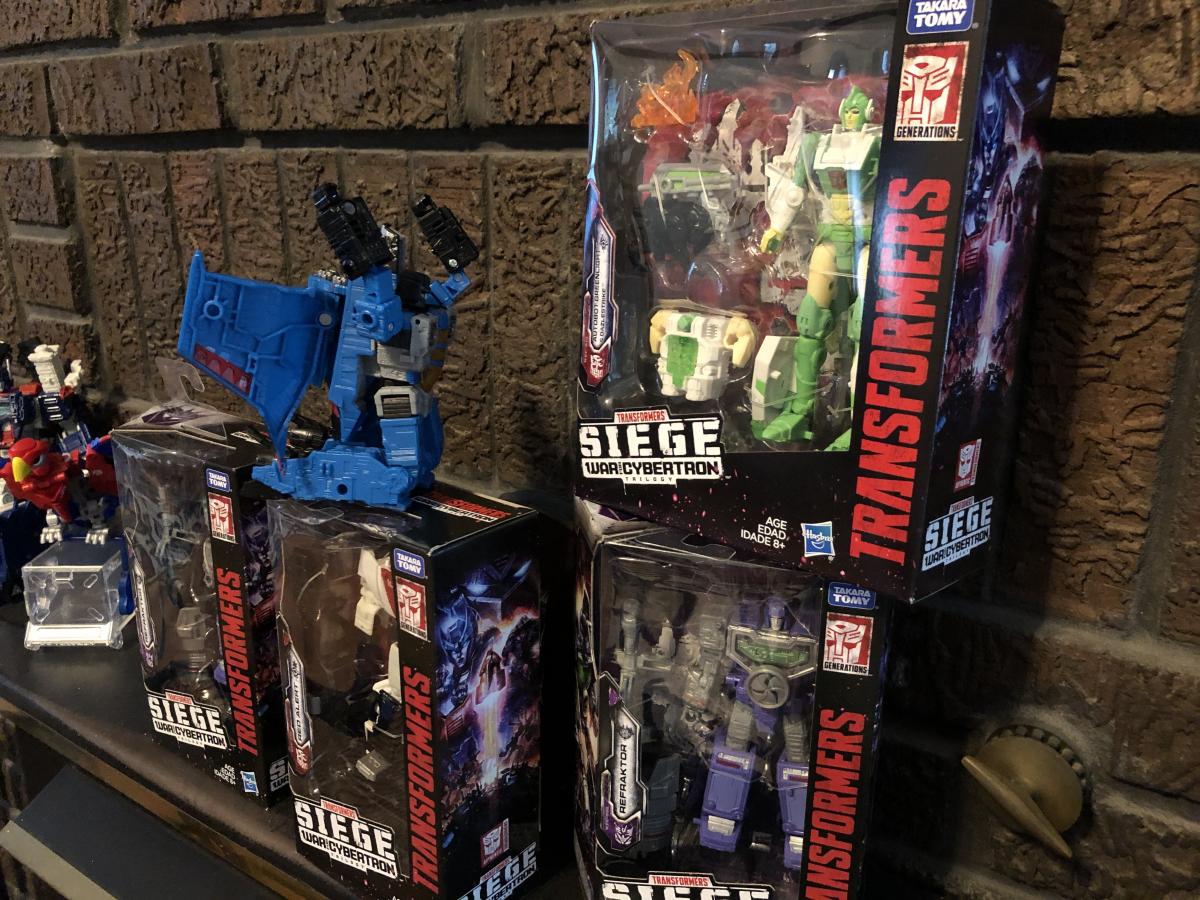 'Cracker is in awe of her.