The gang talk Far Cry 6, JETT: The Far Shore, Frankenstein in Fortnite, Twitch leak, Battlefield 2142 beta, and so much more! 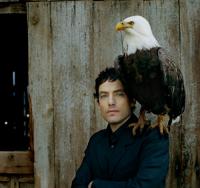 Anyone knows if this was posted in the THE AMAZON BUY $5 THIEF X1 DIGITAL DOWNLOAD GET A FREE BONUS SE GAME MEGA THREAD!!!! ?

Got one of those mystery bundles from GMG. Shitty games so grab em while they are hot:

I think you are a hypocrite.

Barry Goldwater? What the

, like have you been paying attention to Trump? He is not even close to being Barry Goldwater, a complete opposite.

I  saw this comment on Deadspin and I agree wholeheartedly

There we go, thats the reason why the democrats lost. You can't have a normal conversation with a liberal because they automatically call you racist or a bigot.

The reason why Trump won is because are people are tired of all the bs liberals have been spewing. The corruption in the administration and the complete 180 of Obama's promises. The result was a rejection of progressive policies and witch hunts.

I voted for Obama in 08, Johnson in 2012 and last night. Sorry but liberals are just as much at fault in electing Trump as the very same people who voted him in. Perhaps next time try not to force your shitty ides on people and instead work with them.

You impregnated your Xbox and then sold it? What a monster.

Sent from my 6045I using Tapatalk

I guess Clinton is doomed.

Pssh... Look at Bridgegate it's almost four years on, and there were some very glaring cases of graft, where one guy got his own plane to fly from his STATE job in New Jersey to his home in South Carolina. United fired their CEO because of that, but nobody was charged or even went to trial. Chris Christie may be Trump's VP or Attorney General, and we got some of his emails or that

ing list of names. Meanwhile, you got everything from Hillary.

It seems to me that some of you still do not understand libertarianism. We do not expect free market to be perfect and people to know what is best for everyone. By scaling things back we want people to have a say in their future and decide what is best for themselves. We actually agree with liberals on a lot of issues but have a different approach. Take gay marriage for example. Progressives believe it should be legalized and forced up religious institutions. Libertarians believe that we should get the government out of it and let consenting adults marry without an obstruction.

We want to get rid of government waste and social programs because they are inefficient and unethical. For example IRS can be completely eliminated if we simplify the tax code. EPA has legalized pollution. In many other cases the negatives outweigh the benefits.

Nah, he definitely worse than Hilary and Trump. Sure, the little skit was fun(ny), but if it were up to libertarians, they'd strip the country of every social program and social safety net there is.

#13331735 What do you think about Target Transgender Bathroom Policy

I am against it but I don't think the government should be involved. If Target or some other corporation wants to do it then let em.