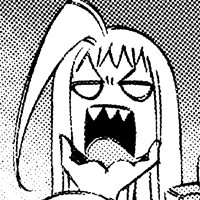 TheGrimHeaper hasn't added any friends yet.

Do you know what dlc is included?  The game description just says “dlc for the mobile game”.  I don’t know what I’m looking at in the eBay listings, but seeing individual dlc with infrequent ~$10 sales.  I was waiting on this one personally, but if I could just sell the mobile dlc to pay for the rest, I’d do that.

You get a PSN code which you can redeem, and then on the main menu somewhere there'll be something about serial codes. That should give you the main code, and you can fulfill requirements in the game to get more(but less sought after) stuff for the mobile game. The DLC characters come with codes for the mobile game too.

I'm sure the hype behind said codes has died down a lot since release but it's still a good way to recoup some cash if you wanna try it out. Keep in mind though that there's a LOT of DLC, and it's expensive.