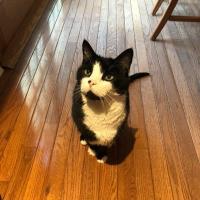 shoelessjp hasn't added any friends yet.

Today in why is that a thing: "Who Gives a Crap" Toilet Paper. I thought that was a belated April Fools Day joke.

All jokes aside, I started listening to CAGcast when I was in high school (16 then, 28 now) and signed up for CAG a few years later in 2009. Thanks for all the years of enjoyment and especially entertaining the masses during this difficult time.

The end of the show had me cracking up, and the Wendy's commercial was the icing on the Frosty. Nicely done to the editor for this.

With regards to collectibles at GameStop, I've actually gone out of my way to go to GameStop for game-related collectibles. I buy all my games digitally so naturally I don't care about the used games.... in my opinion, digital games are the way of the future. Much more so than as a kid, I feel confident if I'm going to GameStop that I'll walk out with something gaming related that I want (not so much a game anymore). It sucks GameStop is doing bad with sales/finances, because I love what they're doing with their ThinkGeek brand (gaming collectible arm of GameStop).

On the subject of digital games, if I buy one I don't have to worry about the disc skipping/not playing and I'm also not spending money on the gas I use to get there, oh and Xbox Live has really good weekly and seasonal deals on digital games. I've been a gamer since I was a kid (I'm 27) and used games aren't even on my radar anymore. In my opinion, the used game prices at GameStop usually aren't competitive with digital sales, and they usually only offer $5 off with physical used games... just not good enough of a value whne you factor in the things I mentioned earlier.

As Wombat accurately stated, the clearance bin for collectibles is awesome and I've gotten so many great deals on things which people didn't buy/want. They also have pretty good regular deals on the vinyl figures (IE: B2G1F).

Great show as always. I've been listening for years but I finally really got the courage to type something out... I'm pretty shy when it comes to writing into shows I listen to.

Thanks to everyone who contributes to this thread. Gotta love it and I appreciate every single person who has posted on this thread.

At this point I am not financially fit to be able to donate anything, but I really hope and pray your kitty cat has a speedy recovery and that you are able to take care of the little guy. We recently had a cat tear his ACL and I know how much stress it puts on the family financially and with worrying. We have three cats and I love them more than most people. All the best mate.

Just wanted to say THANK YOU to the people that update this thread-- bought a few cheapy games on great deals to boost my gamerscore up. This site is truly amazing with the level of dedicated contributors!

Todd Helton ended his career at Coors Field with a HR and a double. The man is a class act and has been a model citizen in his career with Colorado. It makes me smile to see the man have some good karma-- only fitting to me that his last at-bat at Coors Field ends with a HR. I wish more players would stay with one team for their entire career. As someone who remembers as a kid watching Todd in his prime I have nothing but respect for the man. Would love to see him get a gig in baseball teaching young players how to have poise at the plate. I remember very fondly the story that ESPN ran that he had every at-bat archived on his iPod. Made me be proud to be a fan of his.