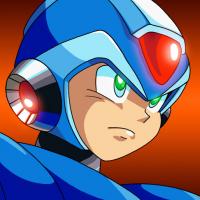 Shadic hasn't added any friends yet.

It's worth it. If you're a fan of the character it does a fun job of translating the character to video game. The worst thing I can say about it is that it gets a little repetitive and its visual style isn't tremendous, but it's a decent enough game, especially at 6 dollars.

How's it compare to transformers? I think it's the same engine so I assume they're probably pretty similar?

Its much much worse. Transformers is short and satisfying, with a good battle system being the draw of the game. This game is short with a repetitive battle system that doesn't require much more than button mashing. It also recycles levels and enemies constantly, which is insane since it only has 9 levels

Played it and beat it within 4 hours. It was terrible.

Took it to Gamestop and traded it in for 13 dollars in cash.

TMNT: Mutants in Manhatten is 8.99

That's about the price I'm willing to pay for the game.

Bought it for 40 about 2 weeks ago. Totally worth it, I'm having a lot of fun with the game. It's like a mix of Mega Man Battle Network, Persona, and Pokemon.