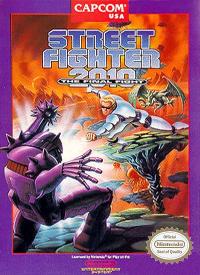 Oh boy this is a great relief... I won't continúe my search for the HP since for what it seems it won't be good for the 2.0 update, I'll just hope in to play some trials and some random PvP with friends.

P.S thanks stellar for the helping us with trials the other day! I can't believe how we did that being so late in the night and (at least in my case) dying of sleep... And hunger

1.) Have a fire-team you trust and easily coordinate/communicate with. If one or more of your group keeps chatting about how sick that kill he just got was, instead of calling out enemy locations or when green ammo is up, you're gonna have a bad time.

3.)Your best gear MUST be leveled up to maximum. Go for Longer Nade throws, faster special reload. +AMMO PERK DO NOT STACK, but +Heavy ammo DOES give you a bonus rocket. Use it.

4.)A full loadout of Strength gear, despite being light-level 42, is not recommended. Strength is still (arguably) the weakest stat for PVP. Go Int+Disc if possible.

6.)Prioritize ARMOR + AGILITY when speccing. Hiding until your HP regens usually just makes you a sitting duck, so Recovery becomes less useful here. Agility mitigates this by allowing you to get the

Great tips! I may add some other things, two fast revive armors is enough, coordinate well with your team mates which armor are each of you going to use so you can get the most proffit out of it, coordinate the nades... Believe me this is a wrecking ball if done right and last and most important, don't play hero two or three man will be (most of the times) stronger than one.

After 22 re-rolls I settled on a Dry Rot with Solar, Field Choke, Full Auto, Smallbore, and Final Round. It's my new favorite shotgun to use in PvE. It's definitely worth grinding for and is better than I thought it could be to shred enemies. Plus it has a higher rate of fire, increased range, faster reload speed, and +1 magazine right out of the gate compared to the 4th Horseman.

That's a pretty great roll you got with the increased stability and with aggressive ballistics it brings the impact on par to a 4th Horseman. Range isn't a big deal since it's better to be up close anyway and I'd sacrifice that for increased stability. I'd probably keep it if I were you since it usually takes 15-20 rolls (at least for me anyway) before you get close to something you actually want. It took 11 rolls alone before Full Auto finally showed up for the first time.

An optimal roll for a legendary version of the 4th Horseman would be:

Also, while leveling my Dry Rot through Dragon Strikes late last night I finally received a Hopscotch Pilgrim drop! It seriously only took ~100 strike runs for this to happen. Good grief.

Thanks man! I think I'll keep it then, I've suffered enough the reforge RNGesus and I got that at my 4th roll, I'd love to get an other dryrot in my quest to find the HP though I got a pretty solid stock constellation scar yesterday with rodeo/head seaker so I'm not sure if I want to continue

I've completed roughly ~55 Strikes since the last reset and I haven't seen even ONE drop yet. I've seen 4 exotics drop during those runs (3 for others and a MIDA for me). I've received 14 legendary engrams (mostly crap), 5 ships, and every dragon strike weapon except for the Hopscotch + the 20/20 AMR7 sniper (meh). I was pretty burned out so I decided to take a full weekend break from all things Destiny to help my sanity return. I hate the grind and at the same time I kind of like the grind.

...I might jump on tonight just to test my RNG luck.

Yeah I want it too :( I did like five strikes and saw a Dryrot drop for the guy with only 3 kills on our fireteam (he joined at the end) and on the fifth saw a hopscotch drop for the guy who decided to just tag along and don't kill anyone... then I decided to stop, there are some individuals in Destiny that makes you just want to stop playing.

Can anyone reputable vouch for this guy?

sold me a code today all smooth.

LOL, I think them asking us to pay $20 for that stuff is more insulting than the original plans...

Indeed it is, they really think that their fanbase are just junkies dumb enough to pay anything for their crap... We might be destiny junkies (the comunity is amazing) but we are certainly not stupid.
For them to think that that was an actual apology, the fuckass Smith saying that that's just who he is so deal with it and thinking that selling a couple of megs of code for $20 bucks would make everything right, makes me think... Are they really that stupid? Or they just think that we are that stupid?

Damn Destiny update, its going to take around 6 hours. Now what do i do with my life?

Also, finally made it to the lighthouse, twice yesterday, special thanks to Stellar Inertia. Both times i got the scout rifle with arc damage.

Maaaan, I'm so glad you made it, I felt so bad when that titan smashed our ticket with that fist of havoc.

Well it was a good IB week for sure. Seems I've been able to hold my ground better than during previous IBs. Wished the same could be said about ToO. Tried it last night with some friend I promised to do it with, but one kept going too far or going solo or not listening. Went 4-0 and then lost 3 in a row

I do have 9 etheric lights tough

That exact thing happened to me, one of my team was always going solo leaving us sometimes 2 vs 3...

So I'm suffering the same as Seven said with fucking scolas... We have killed him 3 times and the mines killed us... The waiting for the heavy sinth is just unbearable

Thats exactly what we did. But half the time he would push forward and get too close, kill us, have to wipe. Its easy in theory but actually doing it took a lot of tries. And a lot of waiting to get heavy back if it didnt work out.


For us it worked perfectly on the first try, we did trained the timing and the coordination before actually shooting rockets... He teleported once in the tryes but he didn't on the actual fight.

Are any of the phantom accounts still alive out there? is there anyone else running tests? if anyone is still making tests I want to let them know that my phantoms are still alive... if you want any info about the setting (just vets)

That is scary as hell. Looks like it's just me and iwarboy left.

JUST THE TWO OF US WE CAN MAKE IT IF WE TRY (maybe.. probably not)


I still have my phantoms... So you are not alone

Hmmm, i have both Ghorn and fully upgraded Saint14. Why is the saint 14 recommended? I can almost always jump the 2nd bridge with the sword on the first time, especially with a titan. My biggest worry is killing deathsinger with no one dying, or the sword bearer not screwing us up. LOL Send me a friend request, i dont think you are on my friends list. Not sure when we can do it, maybe friday night, or the weekend?

I have them too, two titans for that would be more than enough... the saint 14 is for killing ir yut, you pop a bubble in the middle of each crystal  room entrance (not the entrance of the whole chamber) and any enemy that tries to enter the area will go blind so it would just be you, ghorn and ir yut, it also helps for the way out... some of my friends (from an other team) stayed outside cleaning and waited until ir yut started singing to go in kill her so she won't be moving around the crystal.

I did the flawless raider trophy today! For those who don't have it, it is very easy if you do CE NM with just three people... It is less difficult to screw up with a smaller team.

I rerolled my iron banner scout rifle and got firefly, explosive rounds, and rodeo. Also rerolled the machine gun and got Field Scout, Crowd Control, and a perk that gives the gun increased stability, so im happy with both those. Cant wait to level up that scout rifle.

Arjay, i couldnt really tell you if i got God of War from cryptarch or vanguard. But i cant even remember getting any shader from the cryptarch within the last month or so.

I got so lucky getting my scout came with firefly, explosive rounds and final round so I didn't have to reforge it, on my Jolder's hammer did't got so lucky I got perfect balance, range finder and crowd control and finally with the auto rifle I had ro reforge it 10 times just to get third eye, perfect balance and high caliber rounds.