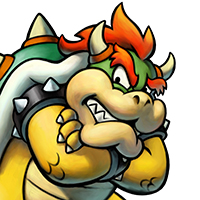 You really struggled that hard? They sell clothes, shoes, kitchenware, etc. I would find something in a heartbeat.

Likewise, we're more struggling to keep what we would like to get under the $180 mark.

Stop it. A great 1.5 hour movie is better than a shitty 3 hour movie.

Too many games have filler, grind, or "open world" nonsense to pad playtime (or sell microtransactions) versus making a tight, scripted title that's non-stop awesome and well paced.

I like a good open world romp, but I'm fatigued with every game trying to do that.

100% I'd rather not have my time wasted these days. Meat and potatoes baby!

I would buy that argument if the new Xbox was actually available to purchase anywhere other than from scalpers charging quadruple the retail price.

From what I've been told (in this topic) even people who pre-ordered from Amazon still haven't received their systems.

I think you have to take into account how crazy 2020 has been in regards to Covid and China shutting down production on things for a while there. I'm sure the XBox One was discontinued way earlier than they planned based on what Confucius said above, they wanted to dump the remaining resources they had into producing the Series S and X instead of putting it towards more XBox Ones -- especially considering the Xbox One sold so poorly against the PS4 this era.