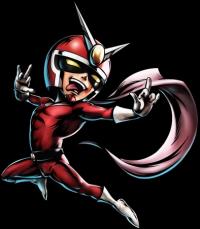 So based on history next week should be the B2G1 week on video games, but the ad is showing B1 get 50% 2nd. Inflation at work?


It's a multitude of factors. Inflation is surely one of them, but perhaps moreso is the growing number of folks who don't buy physical media anymore. Physical video games, like bluray/4k movies, have always been either loss leaders or thin-margin products, often meant to help drive store traffic.

This is becoming less so every generation, with the last bringing the tipping point.

We might still see a B2G1, but guessing it'll be limited to BF. Either way, B2G1 sales on this stuff is going to go away.

B1G1 half off isn't as good, but it's still better than other retailers. Don't be surprised when these disapper, too, because they will.

Could have an Undertale effect if it's hitting YA hard.


Not sure what you mean. Night in the Woods already was sort of a big deal when it came out. As others have mentioned, it was well received by critics. The plot about an aimless young protagonist struggling or refusing to accept adulthood seems right up the YA alley.

Anyways, from what I recall, the game lost much of its appeal for reasons unrelated to the game itself, but its makers. In short, the co-creator was accused of some terrible conduct and thereafter committed suicide.

Again, it certainly sounds the game is well made, but that hardly means it's for everyone. Reading up on it, I concluded this one isn't for me.

I heavily curate my physical collection and still have north of 500 titles across 16 platforms. I don't collect anything with a cartridge save handhelds and Switch because hooking them up to modern TVs while looking good takes extra special hardware investments and storing carts is crazy. More so when I can get a nice retro device that can play them nearly accurately for a song.

The Steam Deck is going to push more games digitally into my hands, since stuff I would normally thing "that's a Switch game" is now "that's a Steam Deck game." LRG has a tough time selling me stuff; $4 for a Steam game or $40 for a Switch version 3 years from now.

My physical wishlist is less than 20, including some high dollars acquisitions (Fire Emblem Path of Radiance, Solatorobo...), but my Steam wishlist is nearing 700, mostly unreleased stuff I just watch.

So I think my days of seeking out physical stuff is nearly ending, but its still fun to hunt and see things I've never seen before. Sometimes I just find a too good to be true deal and pass the savings on to someone looking for whatever I find. That's fun.


I kept telling myself I'll get around to curating my collection, but at this point, I've just placed that on the perpetual backburner. In the interim, I'll usually pick up a game here/there if I want to play it and it reaches a reasonable sale price. Can't justify buying games at full price anymore ... unless it's a so-called limited print run (though I think I'm generally done with those, too) or an import (but even then, seldom at msrp).

Like you, I also sense my physical game buying days are numbered. I can see myself buying far fewer games this current gen given the way publishers are handling releases (i.e., critically unfinished games or material dlc content, or just the usual holding back content to sell as microtransactions). I don't think we'll see nearly as many publishers bothering with GOTY/complete editions, either. It's what the consumer trajectory has been for quite some time so none of this comes as a surprise. Selfishly, I can't say I mind it all that much in that it means I'll stop spending money on games, and maybe make an actual dent on the games gathering dust in my collection.

At first I was undecided about Night in the Woods myself. I heard a lot of praise for it, but after watching some of a playthrough on YouTube I decided not to get it. If it goes on sale digitally I might buy it, but I'm skipping on the physical release.


Same. I had thought about getting it but the gameplay just doesn't look that enticing. Also, the story is more for young adults (says multiple reviews), so doesn't sounds like it's for me.

I've always big someone that loves physical media but starting with the PS4/XB1 gen, theres just not much reason for it. I'd say 90% or more of the physical retail games I get for those systems have patches. Many of the 1.0 versions on the disc are so incomplete that you'd be missing out on so much theres no reason to even play them if you cant update. XB360/PS3 had quite a few patches but most of those games were pretty playable without ever connecting to the internet.

While you're right that PS4 games require patches, given the lifespan of the console and its limited capabilities, the PS4's library still is a good home for a lot of complete games that play without the need for online. Publishers at least still bothered to release many goty or complete editions on disc (e.g., Darksiders, Catherine, LOTR Shadow of War, MK/Injustice, Tomb Raider series, Resident Evil series, Horizon Zero Dawn).

No question those sorts of physical releases will be few and far between with the PS5/Series X gen. I think it's fair to say that the PS4/Xbone era is officially the end of publishers bothering with all-on disc releases. It may still happen here and there, but with the bare fact that both Sony and MS offer disc-less consoles now and that they're entirely built and designed around a digital marketplace, it makes it an even simpler business decision to pass on retail copies, and moreso when the cost of making those retail versions will rarely (if ever) prove net positive for anyone but the biggest volume sellers like Madden or COD.

Add to all this the most important fact/incentive- publishers/devs make a whole lot more money selling digital and cutting out retailers/retail costs - and you see that the only ones who care about discs are consumer holdouts, and that pool is shrinking by the minute.