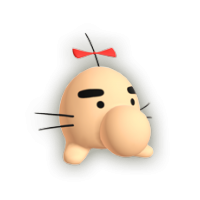 I don’t know what you guys are talking about, I’ve been digitizing my PSP, PS1, DS, and 3DS collection lately, and have loaded them all onto micro SD cards. Combined with emulators for the 2600, NES, SMS, Genesis, PC Engine, SNES, Game Boy, and GBA, I’ve got a massive library of amazing games that fits in my pockets, which is extra nice since I’m going to be traveling a lot next year. The digital future seems great to me.

The simple reality is that physical gaming has a lot of problems and inconveniences too. There is no perfect solution, I can admit that digital gaming has problems. Personally I'll never trade the convenience of being able to buy a game at 11pm on a Sunday because once a year I may not be able to verify my licenses + I'll get kicked out.

The Destiny 2 example strikes me as a poor case to argue, because even if that game was mostly available offline and digital just about everything that you can do in it that's meaningful will always be forced online to prevent save edit cheating, etc.

I don't care if companies actually own everything and control some things, because in reality they can't control enough that it will ever matter. Emulation isn't going anywhere--I can still play my entire childhood on a whim at any time I want on my PC. I don't think that's gonna be any different in 30 years for today's 12 year olds.

Sony is currently in the video game company "winning phase." Until they do something really stupid like Microsoft did at the start of the X1 generation they're going to nickel and dime you on everything and exclusively release popular, big-budget, mass-market titles aimed at the lowest common denominator.

But don't worry, the second they're on their back foot we'll get Bloodborne 2, Parappa the Rapper: the Next Generation, and another Resistance game.

Ten years ago I would've paid much more than $75 for those, but the last decade has really changed things up. I think only VI (and maybe V) are probably still worth playing in my book.

PSVR2 not being backward compatible has, for the moment, completely destroyed my interest in it.

Strangers of Paradise's Trials of the Dragon King DLC was excellent. Just finished 100%ing it. The new mechanics are fun, challenging, and make going back to the endgame again so much more interesting than it was. And the new boss fights are incredible. I think it took me like, 30 hours.

Nothing in FF14 can be completely safely skipped. There are callbacks, explanations, and lore chunks from LV 1 all the way to 90. But if you're pressed for time...

FF14's A Realm Reborn arc (1-50) introduces you to factions, lore, and characters that will be relevant throughout the entire game, but for the most part it sets up problems that will play out later with more examples. You'll miss some payoffs later if you skip this.

Heavensward (50-60) is highly rated by fans because it has a very self-contained story that quickly sets up and fulfills its premise excellently. The characters in it are beloved, but in terms of big themes it's more of the same as 1-50. You can probably skip it, but most people would say don't.

Meanwhile Stormblood (60-70) and Shadowbringers (70-80) are vital to enjoy Endwalker. They function as a kind of trilogy that is constantly building with several parallel plot arcs that don't pay off fully until basically the very end of the game(80-90).

My personal opinion? A Realm Reborn's story is basic and largely unsatisfying. Things get a lot better from there, but it's really hard to tell people "play this 20-30 hour slog just so you can appreciate everything that follows more" when you don't know whether or not you're going to love what follows. It's asking someone to write a blank check for like, 25 hours of free time and that's kinda difficult. And 25 is only a good estimate if you critical path things fervently.

What makes FFXIV hard to recommend is that to get to Endwalker, you're probably looking at at least 80 hours of gameplay I'd guess, and the gameplay isn't that satisfying for a long time. The battle system gets more engaging with every expansion pack, but never really fully sings until you're at endgame where your progress feels much more substantial since it slows down and you can really sink your teeth into the rewards more.

Yeah the on rails criticism is odd. There are a ton of other things to dislike about the game but that wouldn't be one of mine.

It may be "on rails" is a weird way of wording it. It's just that jumping is basically scripted as far as I saw? You can only jump when they let you press X and they only let you press X in some circumstances as opposed to it being a thing where you press X and the cat tries to jump. You're only allowed to do it when they let you and it always succeeds; there's no analysis required. The prompt is more meaningful than your read of the situation. It really changes the mechanical complexity and freedom of the experience, which is why "on rails" is how I would describe it.

Either way, I don't really like Stray. It's a pretty simple game and I like mechanical meat in the experiences I enjoy, but I'm not saying it's a bad game. I just don't personally think it's good. I like skillful games with a lot of mechanics and systems, Stray is not that.

Well.. it's what they do. They're a hardware/performance subsite. So you're one of these people who doesn't notice such things. That's fine, but why even highlight that they actually pay attention to their raison d'etre?

Honest answer, how I feel: I love probably 70% of their content but then sometimes they just go off on a 10 minute tangent about black frame insertion. Or I have to listen to John evangelize about some other ultra-specific thing I don't give a crap about.

TBH, I'm probably too poor to be caring about that kinda stuff. I can't afford an OLED TV, don't have VRR, never had PC capable of running anything higher than 60 FPS, etc.

I'm gonna wait and see how I feel about the emulators by using them before I pass judgement. DF has a habit of obsessing about particular things and saying it ruins the experience for them. RE: Elden Ring's performance--I honestly didn't notice any problems and they spent weeks to months talking about it.

Way too many of the games they're offering have already been PS+ titles.

ya nobody wants your shit 'service' games.

grow up, and act like you actually deserve your salaries.

let Avengers and other Square IPs be a lesson to asshole executives everywhere.

This attitude is so weird. Square Enix started making live-service games because they're popular. Some of their live service games have been making them money for almost twenty years now. Some of them are even among the most beloved titles ever, FFXIV for instance.

"Grow up"...? Uhh. What's childish here. I don't see it. None of my kids make bad business decisions and fail to adequately predict market successes using financial models, but maybe they're just behind for their age.

People really need to stop making really divisive, borderline political pronouncements about games. The attitude towards Square-Enix lately is baffling. Read the embracer group threads on the PS5 subreddit, then the stuff lately about FF16 or FF14 and you will experience borderline paralyzing whiplash.

And that's without saying anything about the NFT hysteria.

Take a deep breath guys; it's gonna be OK. If you wanna populist rant about execs, there are better venues than a video games forum.

That may be true about SE execs, but is Embracer better? SE has popped out great games from these studios over the past decade. Is Embracer known for letting devs make great games or do they cost cut the hell out of stuff?

I don't know enough about Embracer to really say. All I know is, I really hope they go back to letting them focus on their own IP. No more Marvel stuff. I'm sick and tired of watching gaming mainstays like Deus Ex get backgrounded in favor of pre-existing IP that has clear limits on how imaginative the product can be.

It's better this way. The westdev stuff that they tried to support never worked. They don't understand the western market. They should focus on their core competency because the world definitely doesn't need more western games whereas japanese ones are the rarities these days.

Neat, the 5 people who have VRR TVs are gonna love this.

How many of you actually have a VRR TV though? I don't have a sense of how far behind the times I am technologically. I have a 4k Monitor I use that has a cap of 60 FPS and I feel like I'm unusual among my friends/family who are all using sub 1080 resolution models.