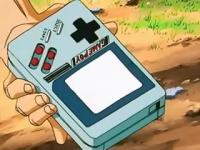 Have: Nickelodeon All Star Brawl

If anyone wants a free 14 day pass for Xbox Game Pass Ultimate, here you go!  I will not use it! Here are 2 codes!

thanks! used the 2nd one.

Just a heads up. My GPU expired yesterday but I added EA Play codes from shopto before it expired. Although it says I have 2 years of GPU on my subscription management, it’s not registering I have GPU on the GamePass app. I’m unable to get check in points from the GamePass app and console. It says “Not Active” and wants me to join GamePass on the app. It’s weird because I can access all the GamePass games and GwG Xbox One games but not the 360 GwG games. I’ll wait a couple days and contact MS and see what’s up. It did glitch out and gave us 1 year of GPU instead of 4 months from the shopto EA Play codes, so that’s probably why it’s glitched now.

I had a similar problem, but I was completely locked out of the app and games after my original subscription ended even though I added 2 years on the EA glitch. Tried to get some help from MS support but they were pretty worthless. Had me power cycle and remove and readd my main account. After that I decided to get a 3 month code from Target, and it ended up converting the 2 years of EA I added (showed up as gamepass ultimate on my MS account page) at 1:1. I'm not sure if the deal is still live, but you should pick one up in case you end up getting locked out like I was.

Does anyone know if this can be used on eshop cards? When I used mine a week ago I was told there's no answer and do not know, maybe they would have an answer in a month.

I used mine on an eshop card this weekend so the system definitely allows it now, compared to last month where it only worked on PSN for me.

For anyone looking for a machine to fix discs, its way cheaper to get a buffer from harbor freight when they have a good coupon than getting one of the stand alone machines. I bought this one years ago and it works great.

I use the white buffing compound sticks they have. There's videos on youtube that will show you how to use it too.

Only good game I found was Hitman 2 for

for $12.50 after the 50% off. Got some good records though. It seems like most of my stores only have 2 or 3 year old games for this gen and I don't think I've ever seen a Switch game at any of them.

Here's Deponia if anyone needs it.

I just hit my closest GS and you can add Yoku's Island Express and Tempest 4000 for PS4 to the list.

Went looking for cheap smoker pellets and lucked into some decent game deals.  Here's what I found

That's the day I walk away from gaming. I've been a gamer since I was five, but I won't stand by and watch it become a shell of itself.

If you've been CAGing right, you should have enough of a backlog to last the rest of your life anyway.

If anyone's still looking for just the system/cables and/or game codes from the bundle hit me up.