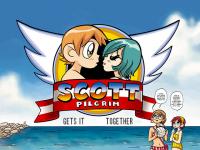 In Topic: CAGcast #751: We've Played Everything!

I won't go into details, because I am doing JK research for you. But again, No, you cannot have any opinion you want. You can't believe that Jews or Black people or any group is less than and allow it. It's not about "hurt feelings", it's about people's lives.

You literally can. I or anybody else can have whatever opinion we want and there’s nothing you, the government or anybody can do to stop that. It’s impossible to police opinions, at best you can prevent certain ones from being discussed in a public space but that won’t stop people from having the opinions.

We will never agree on this which is fine, but I’ll end with this. The goal should be to change someone’s mind, not punish them or try to dictate what opinions and beliefs are allowed. That is an impossible task and will only lead to more conflict.

In Topic: CAGcast #751: We've Played Everything!

Agreed 100%. It's a shame people like Wombat don't seem to understand this.

Here is the problem with what you said, and it's very telling. You think it is OK for someone to view a Transgender person as less than, as that is just thier "view". I don't care what country someone is in, just because it's someone opinion doesn't make it right or OK. Opinions can be wrong, and JK's "opinion" is wrong, and no one should have it, and no one at any company should have to deal with someone that thinks that way. Yes, EA should denounce it, they same way they should denounce racism or anti-Semitism, if that was an issue with development with the game. Your comment while long, in my red-blooded American opinion was the stupidest thing I have read in quite sometime.

You are so blinded by your hatred for JK Rowling that I doubt you even know what her views on Trans people are. She has never once claimed that trans people are less than. This is the real problem right here, people will interpret someone's words or actions to mean whatever they want them to mean and then get mad at their interpretation and not what was actually said or done.  Opinions can be wrong but in a free society people are allowed to have whatever opinions they want regardless if it hurts someone's feelings.

Wombat is right, The Offer is excellent.