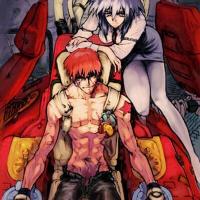 You know some people just want to beat a game? And a large majority never seem to beat any games? I'm just on the other side, I like to squeeze every ounce of game out of the game. It's not that I want a platinum trophy, is that a spent money on the game, like the game, and getting the Platinum feels like mastering it. I'll do the same thing with stupid flash games and Android games, getting 3 stars on every level even if I don't really like the game.

It's not really an issue until you add in terribly designed trophies that don't respect the player. I have no issue with beating a game on a high difficulty level, I find most games too easy anyway. But in a single playthrough? Silly. Or difficulty levels don't stack so you have to play a game 10 times? Awful. As long as trophies are created in a thoughtful manner I think they're a great idea. Unfortunately once you get in the habit of getting platinum's you'll run into games where all of a sudden you realize there's one grindy trophy between you and the plat.

I think the issue is just avoiding a game all together because of a trophy. Thats holding a bit too much influence over someone.

The DQ XI CE is going for stupid money on eBay. It's not even in an actual CE box (game is separate) and the game doesn't even have exclusive cover art. Very surprising to see that.

Every time this happens it feels better than the last.

They grow up so fast.