$22 shipping is pure profit for them. They are paying $4-$8 to ship, and pocketing the rest to use later as masturbatory lube.


Based on literally nothing.

I thought TRU had snoopy for $30 on Wii U. I'm gonna head there tonight and see if that's the same for all systems. I'll try to remember and let you know.


Thanks! Do you know if the game is the same on all systems? If it is, I'll get the Wii U version because it's $10 cheaper.

Dang Halo 5 isn't on sale anywhere? Ah well, I got Tearaway Unfolded and GOW3 Remastered from Amazon. Not a lot I'm really looking for this year. If I found Halo 5 and Snoopy for a good price I'd be golden.

Can I come to your place and do B2G1?


Only for members of the My Game Room Rewards program. It's $15 a year you get an outdated magazine each month!

I havent posted pick-ups in a long time, but this I needed to share. I can't wait to get it hung up in the game room. 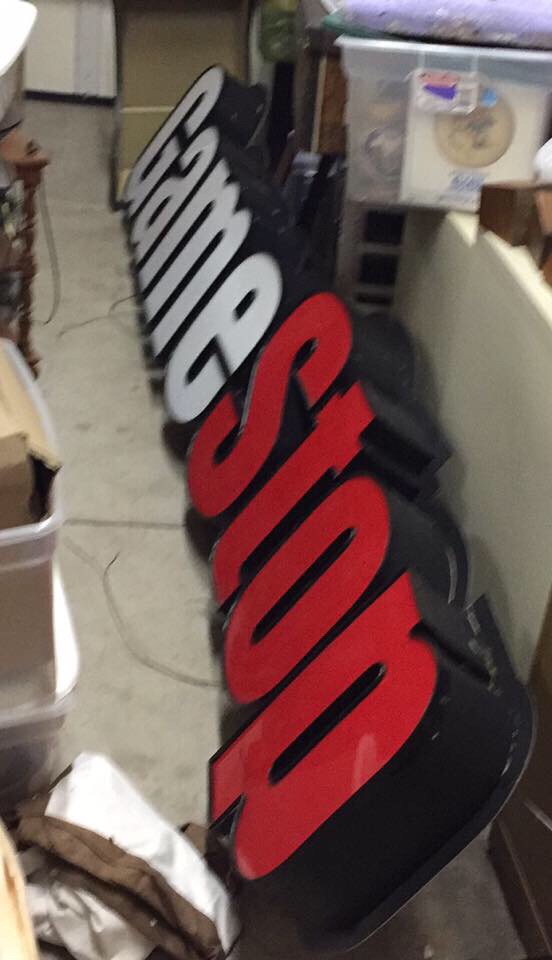 It's amazing how the nightmare wave 4 culminated in the smoothest launch yet. I had Ness, Pac-Man, Charizard, Wario and the Splatoon three pack preordered from GameStop wis, and I had an in-store Greninja pre-order (along with another pac-man to use as a future tournament prize) at TRU. For waves 1-3, I preordered all the non-exclusives at amazon but obviously that wasn't possible this time. So launch for me was all about Jiggypuff and the Fire Emblem duo.

I decided to go full-camp for the first time, getting to Target the night before with a tent, blankets, sleeping bag, 3ds, and ipad. A couple hours after I arrived, #2 in line showed up. I'd never even met the dude before, but he was cool enough to help me out with Target's two per person limit. He was only getting Jigglypuff, so he used his extra slot to help me so I could get all three that I needed. It was beyond awesome for him to do that. A little later on, another group of people arrived. It was the same group that I waited for Greninja with. They are all extremely cool people and we all had fun hanging out all night waiting. After a while the line started getting longer and a guy I recognized from GameStop preorders arrived.

After the hours passed and the camping gear had since been put away, the line really started growing. Some in line were clearly scalpers. About 15 minutes before doors open, the most stereotypical neckbeard of all time waddled up to the store. He sees the line, and rather than getting in it he hides along the side of the store around the corner of the door. We saw him and figured he'd try to sprint his way past us, so we moved to directly in front of the door. My target wasn't doing a ticketing system, but the employees still handled it perfectly. They opened the middle door, had two employees on either side to make sure nobody tried to run, and two more employees walked the line back to electronics. One employee led the parade of people and the other was next to the line making sure everyone stayed literally single file. Once getting to electronics, the employees working the counter were just as good as the crew handling the line. They had a shopping cart with Jigglypuff, Silver Mario, and the Splatoon amiibos and game nicely presented and organized facing outward so that everyone could see how many they had. The rest of the wave 4 stock was displayed in the same way on the shelves behind the counter. Nothing was left on the shelves for people to grab, and the fact that they had the Splatoon game there to avoid having to unlock it for people who also wanted that was really smart. I intend to call corporate to compliment this store. The two per person limit made it so everyone in line got something, even that neckbeard who ended up being last. While waiting, the amiibros I was with got organized about who would go to which stores next. I would have loved to go to TRU with them after leaving target but I had an extremely important family matter that I needed to be at.

Later that afternoon, I finally had time to pick up my Greninja and Pac-man at TRU. Upon arriving there, I found a long line in electronics so I decided to check out the amiibo section first. No wave 4s out (all remaining stock and preorders were behind the desk). But low and behold, one Marth sitting on the shelf. He must have been missed because most people that morning probably went right to the desk for wave 4 and then left. I have Marth already but sent a quick text to a friend that I knew had been looking, and he asked me to grab it for him. So I bought Marth along with my two preorders. When I got home, my GameStop wis preorders were waiting for me on then font step. Later on that night, I was able to order a Silver Mario from Wamart ship-to-store. Wave 4 was a nightmare pre-relase but was the smoothest, most well handled launch by every store I delt with. The people I met were awesome, and we already intend to meet up again for wave 5. I thought my streak of msrp or less was over. But I am pleased to say that The streak continues: 100% complete collection waves 1-4, Super Mario, and Splatoon, all for msrp or less. I've been very, very lucky.

TL;DR: Camped out at Target, met awesome people, store employees did a great job at all stores I delt with, got all of wave 4, Splatoon three pack and silver Mario for myself, plus Marth for a friend an extra Pac-Man for a future tournament prize. Did not pay above msrp for any of it and have now gotten all four waves, plus the Splatoon and smb sets, for msrp or less.

No offense, but personally I just read like the first sentence of your posts since they seem to be, er, bloated most of the time.  When you make a statement like that all in caps on it's own line, it's easy to see how people might have just read that and thought it might be true.  In the future we'll be sure to assume you're always full of shit though.  Thank you.

Your order came in. 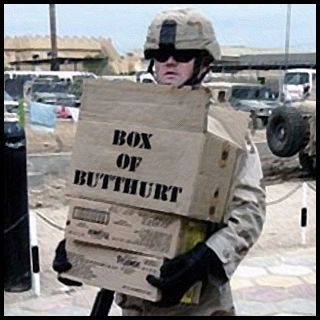 EDIT: GUYS, THIS IS A JOKE. I thought I made it obvious, but apparently it's gotten so bad that a nightmare scenario like this is actually believable.

That is true... but you could not play with your friends unless you owned multiple wiimotes.  Can't say I have enjoyed my games anymore due to amiibos.  They are cool to have and look at, but do very little for games.

You underestimate how intense Smash Bros fans are. The amount of time that people put into training amiibos is massive.

It makes more sense to post a new thread for every individual warehouse deal.

Instantly reminded why I went from being an active poster to a lurker about two years ago.

This is one of my favorite games of this past generation, and a very unique title. Considering how expensive this game usually is, I thought I'd give you all a heads up in case anybody was interested.

You'll have to click "more buying choices" in order to find the warehouse deals listing. 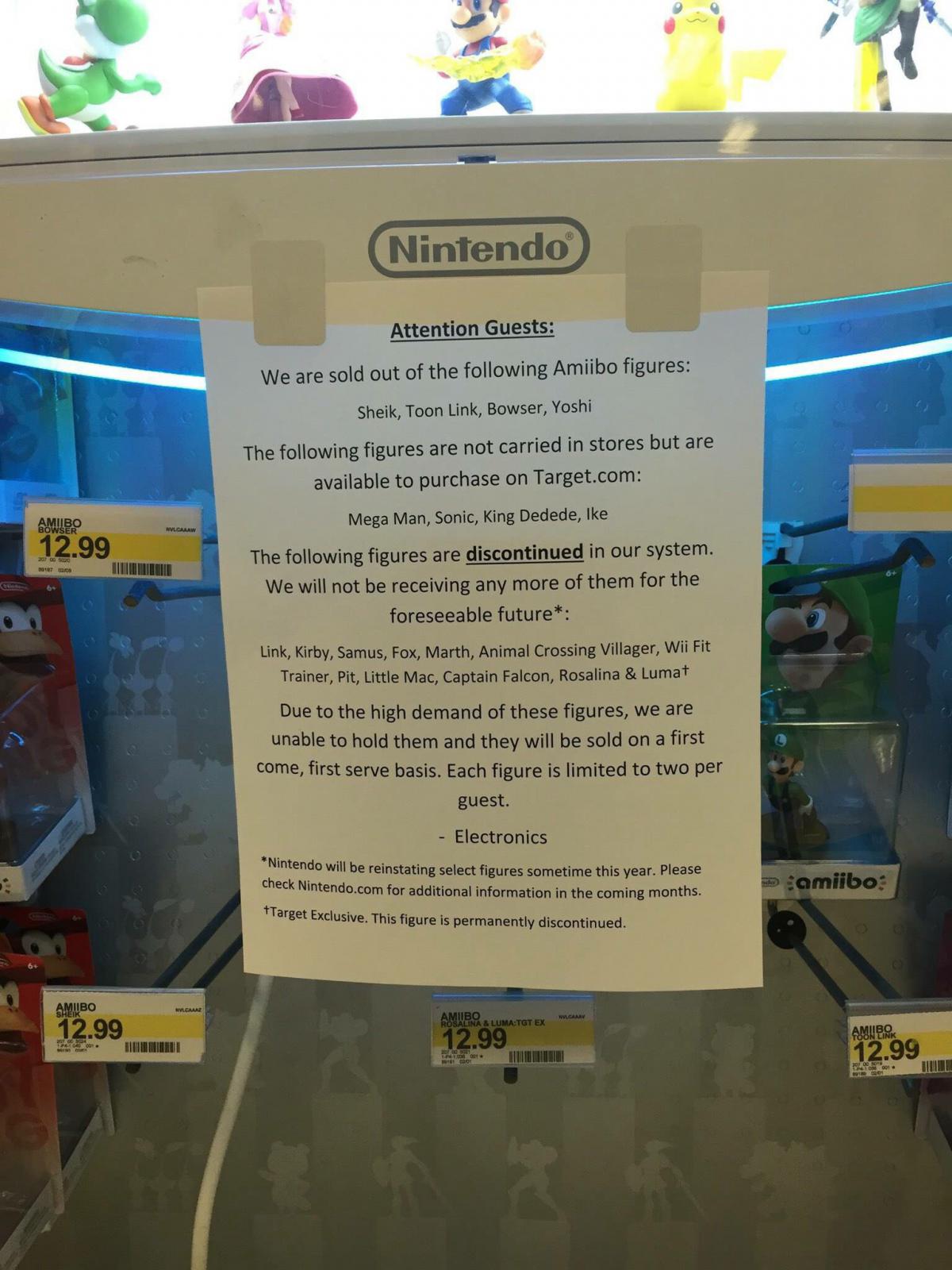 Everybody is buying Toad and Gold Mario, and im just sitting here waiting for wave 4.