Linkgx1 hasn't added any friends yet.

What time does the online BF deals start?

I was asked to take another, more colorful pic. The lines are from using photo mode. 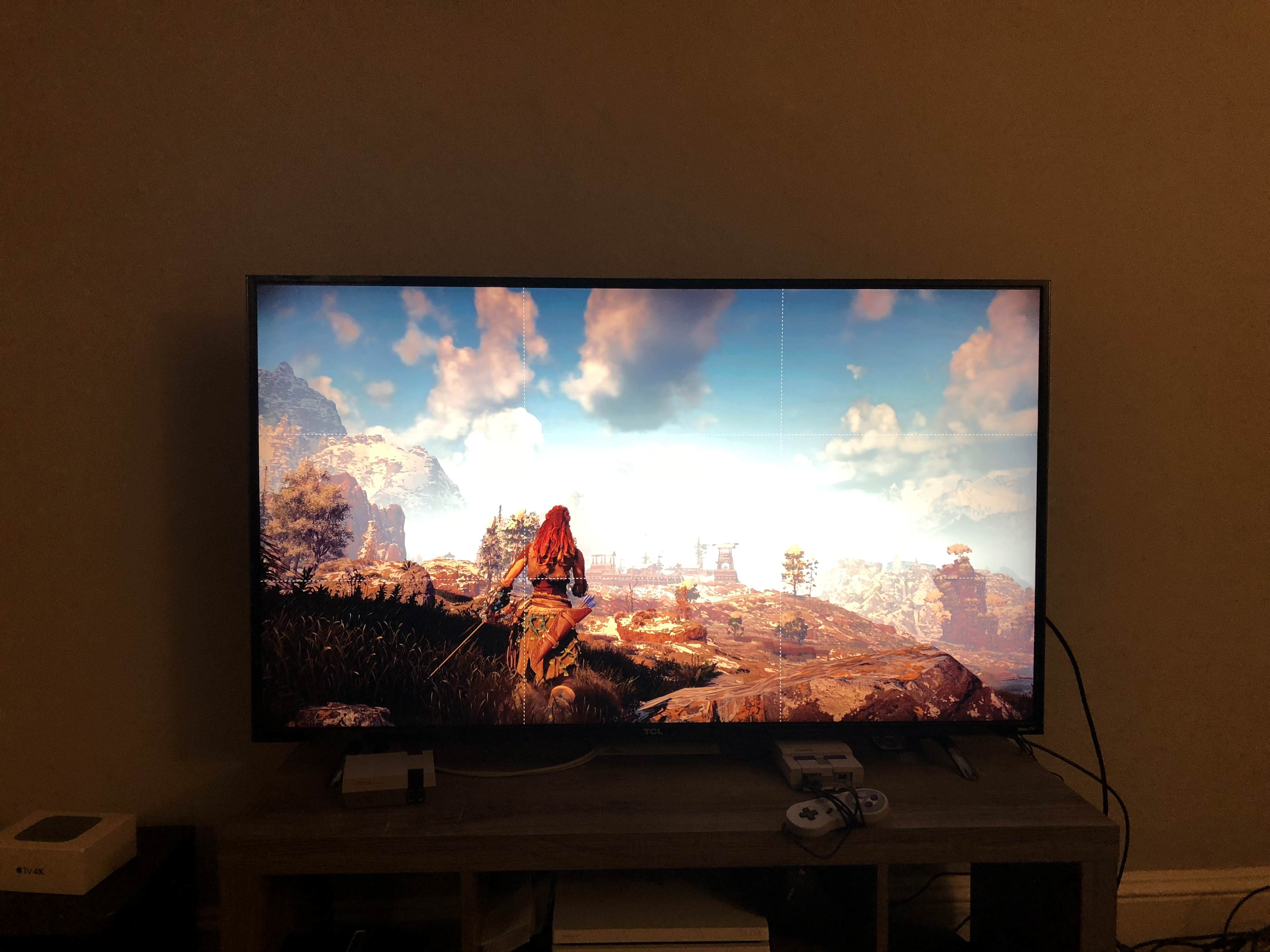 Note to self, just go ahead  and buy this gift card deal the next time it's available.I pretty much just spent near $150 anyways.

Same, but my problem is I didn't want to be stuck with the CGs in case some other place ended up having a better deal.

Did you forget something? LOL!

Damn  it@ Excuse my leg and potato quality photo. But it's definitely better in person. 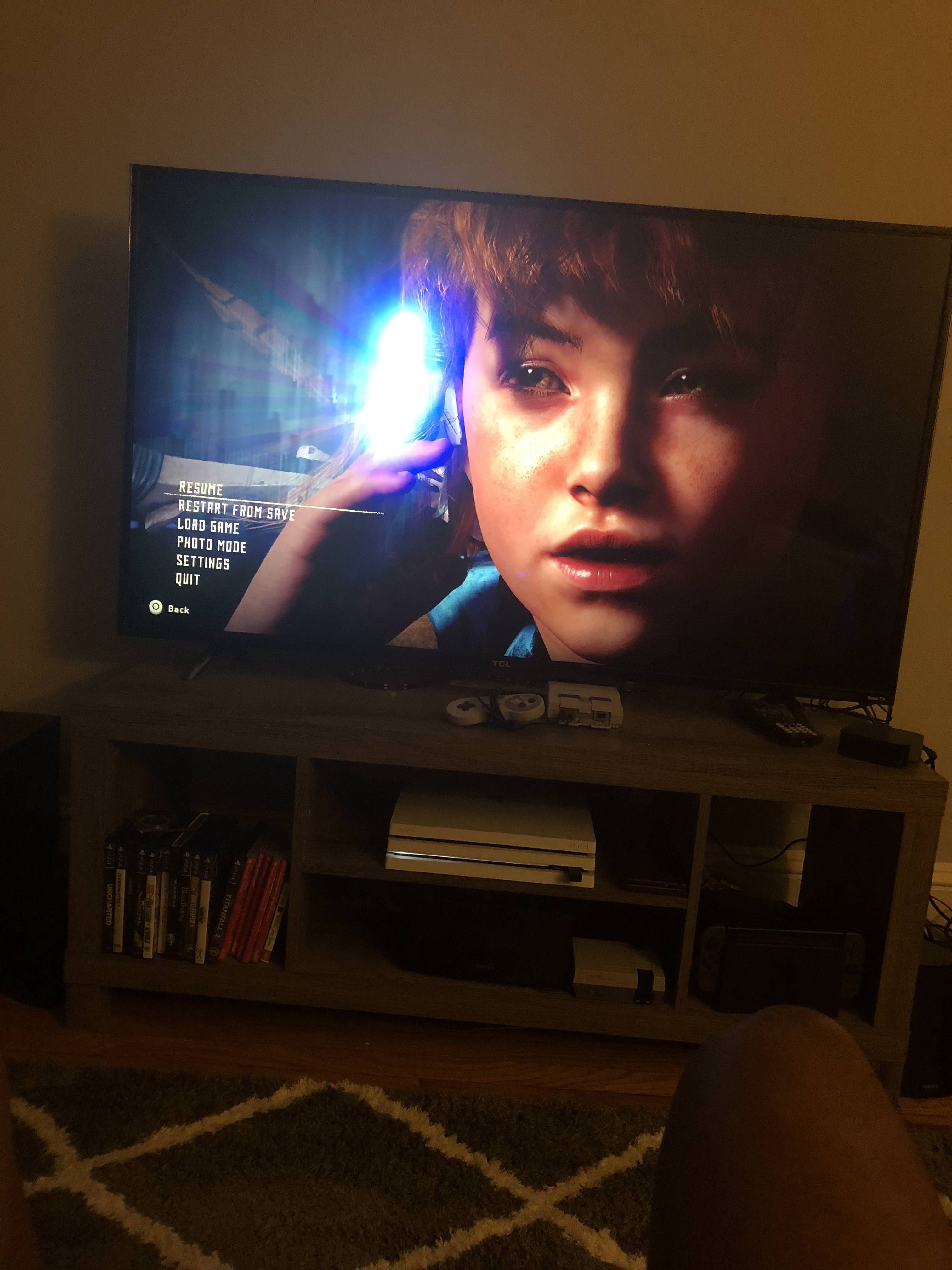 Between this site and Slickdeals, I'm broke on a daily basis.

And sometimes you can get it even cheaper.

I thought the normal My Best Buy Member access was on Wednesday? I do remember placing multiple orders between Monday and Wednesday a year or 2 ago(most likely when gcu worked).

With that said, I agree. Early access wasn’t the best ever. But it was still decent. Overall I feel like all the sales this year are kind of lacking. Depending on what I decide to do with my tv purchase, I might pick up some games on CyberMonday. Or depending on the GameStop site Thursday, I might just use credit there.

The past 3-4 years I’ve spend enough at B.B. during Thanksgiving week to hit Elite/Elite Plus with those purchases alone. This year I’ve only spent $270, and that’s including the iPad I purchased for a gift.

I’ve narrowed my tv purchase down to the TCL605 or the Sony900e. Anyone want to sway me one way or the other?

I have the TCL P605. I think the panel lottery was a bigger issue with the Amazon orders for some reason.

The reason why I got it is because I wanted a bigger TV and wanted to exprience a little bit of HDR. I thought about the Sony, but one thing I hate is that it doesn't support Dolby Vision. The thing is, Sony is starting to jump on the train now for DV and I'm pretty confident that most of next year's models will support it.

The TCL is beautiful, it won't be as bright as the Sony (and the image processing pales in comparison to Sony) but I've had a Panasonic ST30 plasma and it's the first LCD screen I can say satisfies me.

At Sony's price, you get an excellent TV. But that pushes me into OLED territory which completely wipes the floor of any LCD.  With the money I saved buying the TCL, I got a 4k HDR BR player and a PS4 Pro. Also, my Chase Sapphire card has a two year warranty. It shit hits the fan, I'll get my money back and get a different TV.

But it also depends on your needs. I bought the TCL knowing i'd upgrade in a couple of years. Didn't make sense for me to overkill with the Sony, especially since Sony just relased their first big OLED screens which should go down in price soon.

I would also go to thewirecutter.com and read this review.

But if you keep your TVs for a long time, go for the Sony or LG's OLED.

Ok, I got Overwatch, H8tful Eight, ST:Beyond, The Wolverine, Xmen Apocalypse, The Revenant, The Martian & Spectre for $87. Not Bad I'd say.

Prepare your anus! It's going to get real in less than an hour!

The absolute halriousness of this thread over the past few pages has given me quite a bit of entertainment. The amount of people spending 100 dollars worth of stuff that they clearly dont even really want just to get 15 bucks back is halrious to me. It literally makes no freaking sense. But whatever to each their own i guess.

I was going to say this. It's better just to get what you want. If you know you'll realistcally just play one game then pay $20. Paying $85 to save $15 doesn't make any sense.

Might not be that mindset at all as you perceive it as. My PC is fine and dandy and all and I enjoy playing games on it.

For me I dont do that because to me better graphics doesnt mean a whole lot. Fallout 4 for me wouldnt somehow be a better game because of the graphics, I like the game for exploration, gameplay and so on. I play a game because I like its mechanics, story, characters, and so on but Id never played a game I didnt care for but because it had better graphics I suddenly enjoyed it. Im not a graphics whore, besides current gen systems do a nice job for me.

I like consoles because of their ease also. Pop a game in or start one up and off I go. No need to sync, run cables, have a pc somewhere else or whatnot, no controllers to configure.

Cost is also a factor as I can get a console and half a dozen games for less than just a PC by itself. Plus console games are generally cheaper, go on sale much faster than say on steam or whatnot, you get also like GCU at bestbuy, places have pre order bonus items, gift cards for purchases and so on. I mean arkham knight for instance was 60 on steam when I got it from bestbuy for 40, plus my 20% off, plus my bestbuy reward certificates, and I got a physical copy of the game.

I also tend to prefer console games because I actually own the games. I can sell them, trade them, store them, throw them away, let a friend borrow it or what not. So they have more value once purchased.

Console exclusives also keep my interest. Thats why I have a pc also so I can play legend of grimrock 2 (which Im playing now) but consoles have their own games you cant play on a pc, and actually more and more pc games gravitate to consoles but not vice versa as much.

You can see my post above that speaks of the other comments.

The thing is, you don't have to spend $2k on a new PC. Or even $1k for a good one. And with PS Plus, you HAVE to keep that subscription in order to play your games. And let's be honest those games aren't really AAA. I bought Far Cry 3 + Blood dragon for $9 on steam.

I'm sorry but a lot of what you are saying is just plain wrong. Half-a-dozen games plus the console? Yeah, half a dozen $60 games.

The ignorance about PC gaming is staggering. This is coming from the same people that argue that the PS4 is superior to the Xbox One grapically....but you do realize that a beefy PC will destroy both? Plus you can have mods. Let's not forget about Oculus Rift. PC gaming is great, and this is coming from a guy that has a Wii U, Xbox One, PS4, new 3DS and a beefy PC.

Also, with PC you can always play older games. I can install Half-Life 2 on my PC now and it'll  run. With consoles....you have to pay another $30-$60 each generation for a remake/updated version of a particular game.

This isn't PC vs Consoles. Too many people are ignorant about PCs. PCs are more or less agnostic game wise because you don't have the console maker playing games (no pun intended).

Just curious, what did you not like about Fallout 4? I've been thinking about getting it.

Repetitive, not as strong as New Vegas. I would probably wait for the GOTY Edition.

Got one, thanks OP1

None, cause there's not a single game on CAG that costs $60

well I'm talking about the free game in this ad. Might as well get the most expensive one