Voltron, that giant, monster-smashing robot made of slightly smaller lion robots turned 30 this year. And to commemorate the series’ anniversary, on October 28, publisher Perfect Square has released Voltron: From Days of Long Ago – and we’ve got a copy to give away to one of you, our most excellent readers.

Exquisitely detailed and packed full of stories, archival images, exclusive interviews, and brand-new materials created solely for the book, Voltron: From Days of Long Ago chronicles the mythology of one of pop culture’s most beloved animated series – and showcases the enormous impact the Defender of the Universe continues to have on the world of entertainment.

To win a copy, simply follow @FreakSugar on Twitter and then RT the link to this giveaway by Friday, November 7 at 11:59 PM PT. Contest is open to winners in the United States. 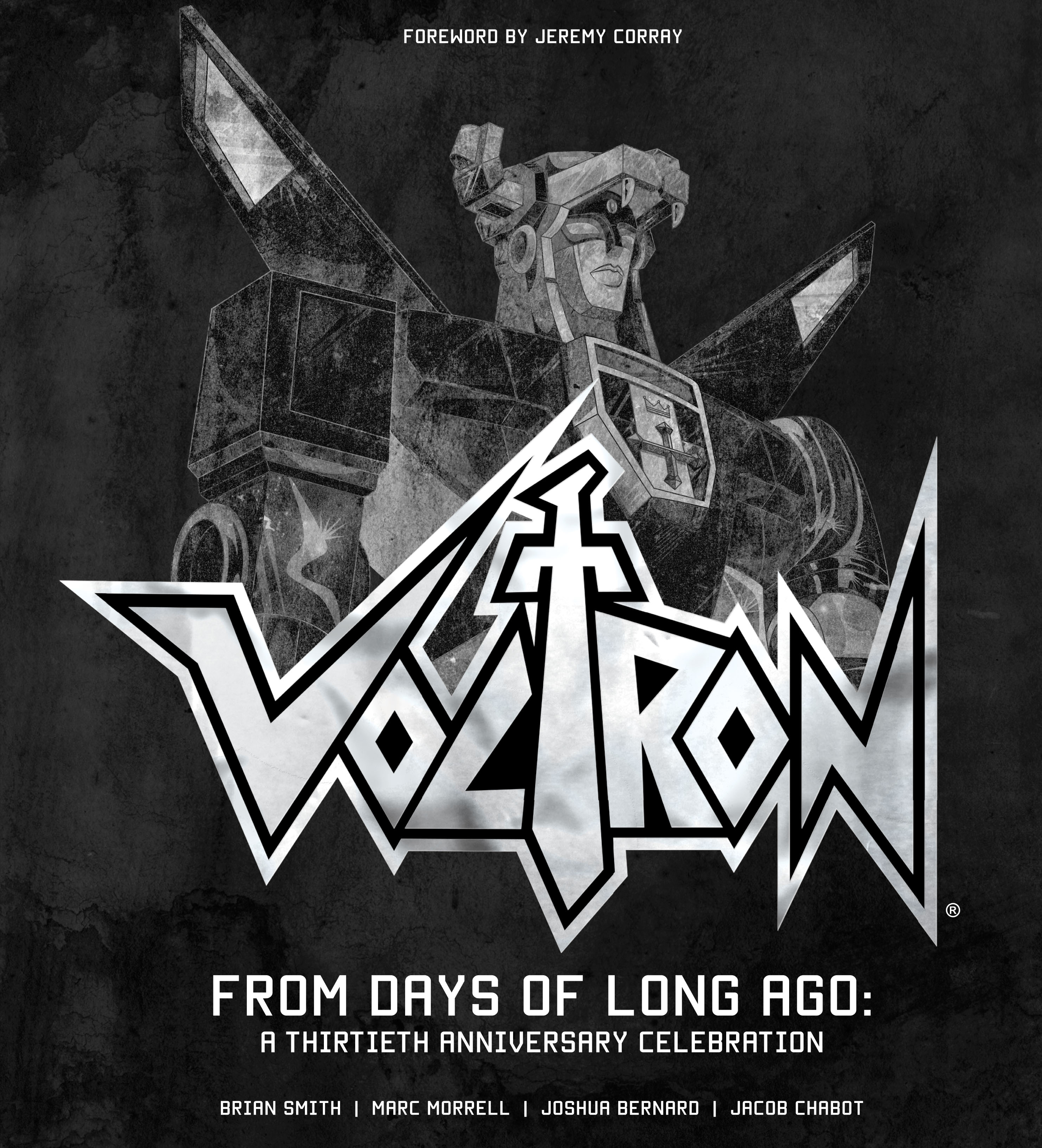 Mortal Kombat: Legacy II is out this week, and we’ve got a couple of Blu-ray copies of the web series to give away to some lucky winners. Or Kombatants. No, winners because I don’t think anyone’s going to be ripping out any spines in this contest.*

The home video release sees the series make its way to Blu-ray and DVD with series one director Kevin Tancharoen returning for another round of mystery, intrigue, and good old-fashioned violence set on Earth and Outworld. Consider it a gritty, live-action companion to NetherRealm’s grittier-still reboot of the long-lived fighting game franchise.

From the official synopsis:

The second season of Mortal Kombat: Legacy uncovers the rivalries and histories of fierce warriors as Raiden and his recruits clash against the dark forces of Outworld. Chronicling the tournament and the interweaving storylines of the most beloved Kombatants, the series also explores the complex relationship between Liu Kang and Kung Lao and revisits the complicated family dynamic of Kitana and Mileena. Directed by Kevin Tancharoen (Mortal Kombat: Rebirth) and starring Casper Van Dien, Brian Tee, Ian Anthony Dale, and Cary Tagawa, the series also won over critics, receiving a 2014 Streamy Award for Best Choreography (Garrett Warren and Larnell Stovall).

To win, follow @FreakSugar and simply retweet the linkto this giveaway using the hashtag #MortalFreak by Friday, October 17 at 11:59 PM PT. Contest is open to readers in the United States. Unfortunately, we won’t be able to ship to P.O. boxes.

*Note: We will never ask you to rip out spines for a contest.

Don Thacker’s Motivational Growth is the kind of the movie that – excuse the pun – grows on you. The surreal comedy about a lonely shut-in Ian (Adrian DiGiovanni) and his talking fungus frenemy, the Mold (Jeffrey Combs!) makes its debut this week via Devolver Digital.

It’s an… odd movie and packed to the gills with all sorts of flourishes that make desperate hero Ian dive in and out of sci-fi nightmares, sketchy encounters with his building superintendent, and somehow, it’s all set to a chiptune score by Alex Mauer.

From the official synopsis:

After a failed TV set leads to a failed suicide attempt, depressed and reclusive Ian Folivor (Adrian DiGiovanni) begins taking life advice from a fungal growth in his filthy bathroom.

A surprisingly smooth talking chunk of aspergillus, The Mold (Jeffrey Combs) works to win Ian’s trust by helping him clean himself up, remodel his lifestyle and, with luck, make some headway with the girl next door.

When Ian begins receiving strange messages from his broken television set, however, the reality of his restyled life begins to crumble, exposing the gruesome and disturbing world into which Ian has actually been cast.

And we want to help the Mold spread, and to that end, FreakSugar has been given five digital prize packs from the film to give away over the weekend.

To win a copy, simply RT the link to our giveaway (and be sure you’re following @FreakSugar) before Monday, September 6 at 11:59 PM PT. That’s all ya gotta do. Motivational Growth is available via VOD from Devolver Digital.

FreakSugar is Giving Away THE BOXTROLLS Soundtrack

Hey soundtrack fans: we've got a copy of The Boxtrolls - Original Motion Picture Soundtrack up for grabs courtesy of Focus Features and Back Lot Music.

The 25-track album features a score by composer Dario Marianelli along with an original song by Monty Python alumnus Eric Idle.

Since we've got the one copy to give out, we'll make this a quickie: RT the link to this contest with #BoxtrollsFreak by Thursday, October 2 at noon PT. Winners will be notified via DM (so that means you should probably be following FreakSugar on Twitter).

Meanwhile, the rest of your can purchase The Boxtrolls Soundtrack via Itunes. 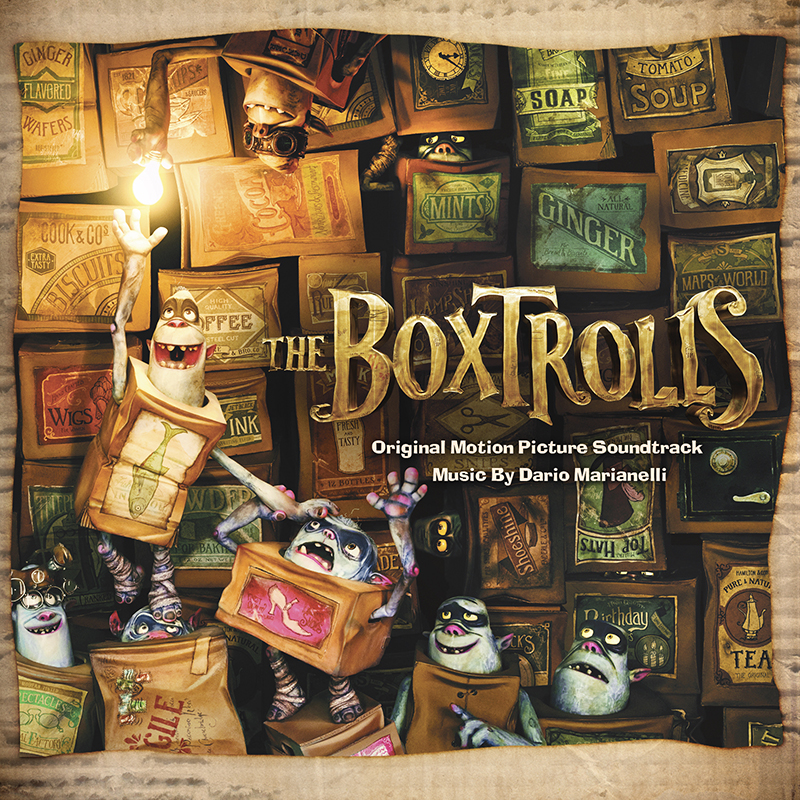 At FreakSugar.com, we’ve got some free, signed swag from Kevin Smith’s Tusk, the director’s second foray into murder movies.

The horror-comedy, which tells the story of one man’s quest to turn another man into a walrus, stars Michael Parks (would-be walrus-maker) and Justin Long (would-be walrus), and it’s out this week in theaters from A24 Films.

And what oddball film doesn’t deserve an appropriately unusual swag giveaway? The folks behind the film have offered up a signed copy of the Tusk poster with Smith’s John Hancock plastered all over it along with a metal grinder from L.A.’s Bud and Roses dispensary.

And if that’s not enough, five runners up will receive a free plastic grinder, and all winners will receive the Canadian flag tee inspired by the film.

To enter for a chance to win, make sure you’re following @FreakSugar on Twitter, follow this link to our tweet about the giveaway, and then retweet it. The contest is open to readers in the United States and Canada through Friday, September 19 at 11:59 PM PT.

You can see what kind of weirdness the Clerks director has been up to in the official trailer below. Kevin Smith’s Tusk will be in theaters September 19.