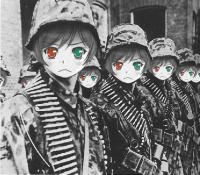 leylines hasn't added any friends yet.

You need to have prime and the price changes to $47.99 at checkout

Thanks, It offered me a week trial for $2 and the price jumped down. Pretty sweet deal.

I pre-ordered one but I'll drop it if I can snag an amazon pre-order.

But it says it at the top.

This thread is the biggest shitpost in CAG history lol

Everyone's just shitposting so they can be a quote on the next scalping poster you make.

Is salt and sanctuary coming in the summer?

Some would say the sanctuary for salt is already here in this thread.

My best buy told me they're selling them tomorrow. I'll be there a few hours early. I've been stopping by the store everyday for the past four days to see if I could get one. If I show up a few hours before opening and people beat me to the line, that's one thing but if I show up and they tell me they're actually selling them monday, I'm gonna be pissed.

Just by the by, the women (no men work that counter as far as I've ever seen) that work the returns/pickup counter are some of the nicest individuals I've met in retail. They always go the extra mile to check on something for me and they always remember me if not my name. They seem to actually care about helping me out if they can and if they don't actually care, they're polite enough to enthusiastically fake it.

The 'ol wink and shush is a forgone conclusion, a formality of proper etiquette obliged by all true cags. I just wanted to know if they'll need to use RSS or if there is some other system they use to look up the stock separate from the default system.

You would be gone if this was GAF

If this was NeoGaf, I never would have joined in the first place, ZING!

Is this Best Buy Mass Effect Andromeda steelbook a pricing error at $20 or literally just a steelbook with no game?  http://www.bestbuy.c...p?skuId=5757702

The latter would make sense as the game itself is listed under "customers also bought"...

Also, I played the new Hitman game. I rented it from Redbox and was able to do the main missions. It's great. I only have 2 gripes. One, the load times are long and if you fail, you're loading a lot. second, if you punch a guard, you have to knock them out when they're down problem is, the knock out button is also the snap neck button. If you get into a fight with a few guards, you could easily kill one guard when you're quickly trying to knock out another. Overall, I really enjoyed the game but I don't know that I'd play it repeatedly. I'm not too interested in approaching the missions in multiple way or trying to max my score. I'm interested in solving the kill puzzles in hitman but not in finding all the available solutions.

Update on the oscar movie gift card situatuion for anyone interested.

After contacting the Microsoft Store support(They only have phone, not email or chat), They gave me my $25 plus an extra $5 for my trouble. They had to call me back to research the promotion and didn't actually call me until a day after they said they would but they gave me my money. Their gift card generator was having trouble so they issued a direct refund to my microsoft account so my credit doesn't expire for 2 years so that's a bonus.

For anyone who hasn't gotten their credit and is willing to call, I recommend calling the microsoft store support. Twice I was put in contact with Xbox support though the chat option on the movie support and they cannot help (though they did give me a free month of gold for my trouble). When I contact microsoft support, They wanted my order numbers though they couldn't find them at first. My issue I believe was that the microsoft store marked the time in UTC which was ahead of my time. This made it appear in the system that my order was after the purchase period. The only advice I can give is to call the windows store support phone number, tell them the promotion was called "Build Your Oscar Collection Movie Offer" and they will likely ask for the names of the movies and their respective order numbers. Personally, I ordered 5 movies so I got $25 back so tell them how many movies you ordered and how much you expect to receive. That is of course $5 per qualifying film. Here are the terms listed below if you need them, copied from earlier in this thread.

*Once the eligible purchase is made on Microsoft Movies & TV** you will receive a follow up email with instructions on redeeming your gift card. Must be redeemed by May 31, 2017.

Limit 1 Windows store gift card per customer per qualifying title purchase. Not valid on rentals. Not valid on prior orders or purchases; cannot be transferred or otherwise redeemed for cash. Customer must purchase qualifying title after Feb. 21, 2017 12:01 am ET and before Feb. 27, 2016 at 11:59 PM PST. Once activated, a second e-mail will follow within one week with a single use redemption code for $5. Redeem by May 31, 2017 and spend within 90 days.Valid in the United States only. Valid at select Microsoft digital marketplaces for eligible purchases. See gift card terms at www.microsoft.com/giftcard. You must be 13+.

As soon as MS actually gives me the oscar promo gift cards. It's been a week and I haven't got one yet. I tried asking Xbox support but they told me I have to contact microsoft store support but they only let me call them. I'm not looking forward to that tomorrow.

According to the xbox one subbreddit, today is the last day to buy shovel knight before the price increase.