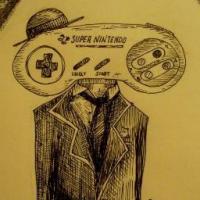 Yeah, I'm definitely looking forward to getting back out there once things die down, though I'm definitely going to be leaving things in my car trunk for a few days after picking them up.

Yeah, I imagine the thrifting/flea market/yard sale threads are going to be pretty dead for the foreseeable future.

Technically from 2019, but we could use a pic to start this off. I had to drop some stuff off at Goodwill the other day and decided to look around, despite knowing this time last year they started shipping stuff to their online store. Maybe they've changed their policy, because I was able to get these 4 Wii games and the Kids in the Hall set in minty condition! The games are great, but the best deal was definitely the KitH set.

Blugh, yard sales were absolutely abysmal for me this weekend. Got scooped at a couple of different community sales so the only things I came home with were a singing lobster and the Jingle All The Way OST for some gag gifts.

I did, however, see sex toys for the first time at a sale. Also, there was a really cute litter of puppies.

Went yard saling and flea marketing with some friends on Saturday. Only really found the stuff below, but I had a good time nonetheless. Paid about retail for Dragon Warrior 1+2, but I've really been after it lately.

Big find for the weekend, however, came on Sunday. I picked up the lot below from an ad on Nextdoor for $100. It's 66 NES games and there's a good number of them I don't have yet. I was a little late to responding to the ad so I'm surprised I got it, but I'm not complaining. 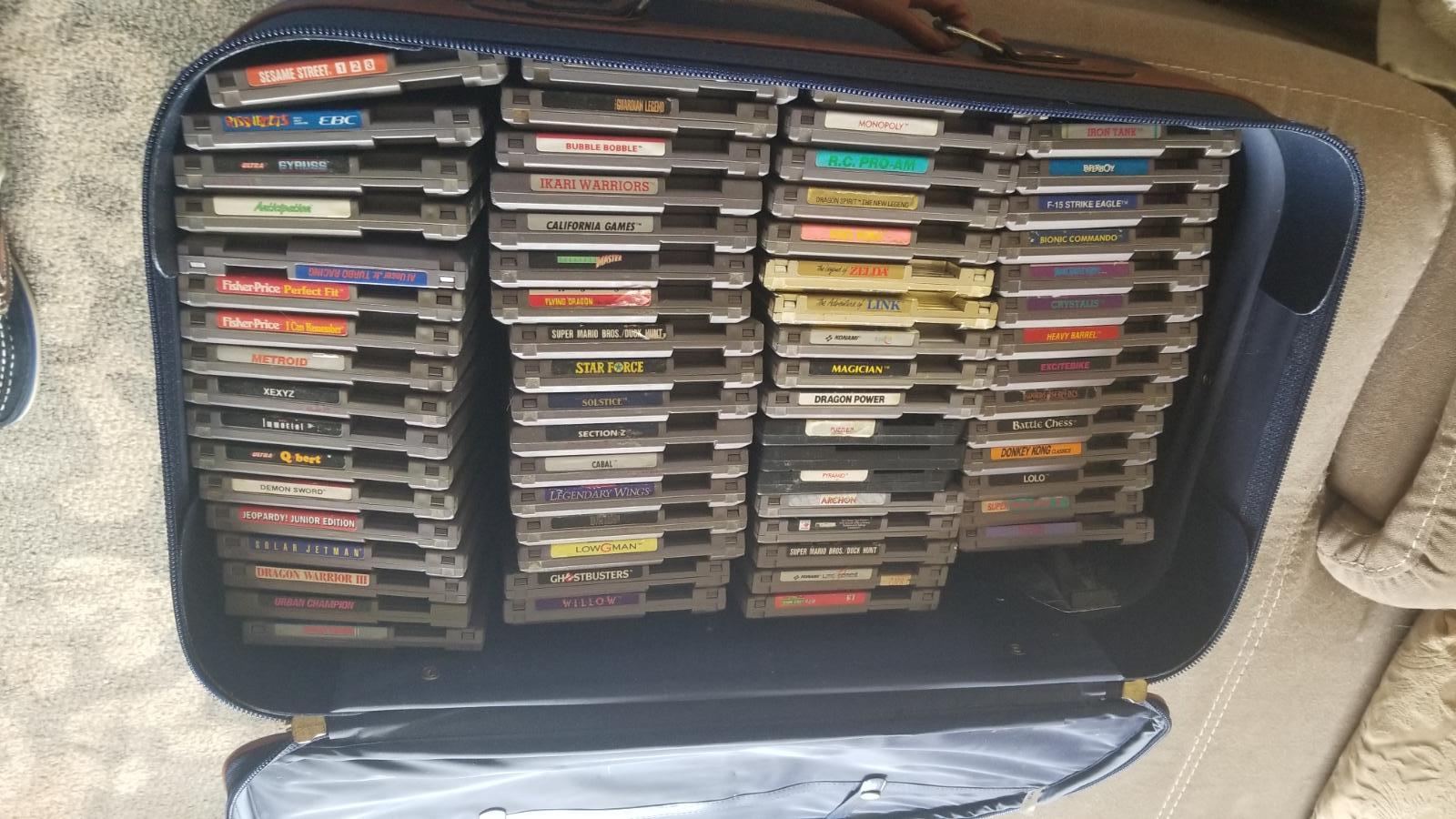 It does indeed work! It was a bit of a risk since I could only tell for sure that the WWF game and Pokemon Stadium 2 were in the bundle, but it's good that the salesperson was honest when he sad that there was at least Mario 64, Mario Kart, and DK64 in there.

Went out to a sale this past weekend and unfortunately I was beat there by a guy who had apparently contacted the seller and knew there were games. Full disclosure: I did, too, but I didn't know exactly what would be there. Anyway, the guy got a bunch of really great stuff: first party NES games, first party GCN games, Silent Hill games for PS2, and more. I picked up the stuff he didn't grab or missed for $60. It's not a bad haul, but I would have liked to grab the rest for sure.

This past weekend was pretty hot in Baltimore, but there were still enough yard sales happening to make it worth going out. First sale was a major let down though; the woman running it said she had games from the early 00's, but when I got there it was just two PS1 controllers and a PS1 GameShark. Turns out she thought that was the game. Sigh. Still, I grabbed those and a multi-tool for $5.

After that I drove across town to a sale that mentioned game systems and grabbed a Wii U and handful of games for $45. MUCH more satisfying than that first sale.

Next up were a couple of community sales. First one was smaller, but I grabbed Diddy Kong Racing DS for $0.50 and a PS2 with some sports games for $10. Not a great find, but I probably made the kid's day.

Second community sale was great, despite other game hunters already going through. Asked about games at one, and the sellers brought out a huge stack of Wii/Wii U games for $2 each. Score! Later on, an older couple also brought out some games but they turned out to be Dreamcast bootlegs their son picked up in the Philippines. I passed since I was low on cash. At the last sale I went to, another couple's older son brought out some OG XBox games and then a Watermelon N64 plus some games! I only had $10 left, but the guy accepted it for everything. I think something was funky with the N64, but I was able to salvage the shell for an RGB modded system I've been working on.

I grabbed a copy of Harvest Moon 64 and Smash Bros. with the box for $30 on FB Marketplace, but that's all for me with regards to video games this past weekend.

Went out with the kiddo Saturday morning and hit a few sales around town, but didn't find too much due to a late start and generally moving a little slower. Everything in the pic below was $20.

Sunday morning I hit some flea markets in SE Baltimore with a buddy of mine for a Father's Day outing. First pic is from the flea market we hit up, and everything in the pic was $16.

Next pic is from the second flea market we went to. Wii bundle was $40, 360 controllers were $5 each, and the GTA games were $4 total. PC games were $20 for all them, and was a nice spot by my flea marketing buddy.

Stopped at a Goodwill I haven't visited in a few years and was pleasantly surprised to find some stuff in the case that wasn't outrageously overpriced. Games in the pic below were $3 each and the shirts were $4. The shirts are for a monthly cult movie night I help out for once a month and should make good raffle prizes.

There was a big street festival near my house this weekend, so I spent the morning walking around the neighborhood hitting sales people were having to take advantage of the extra foot traffic. I came away with less games than I hoped, but made up for it with visual media and general weird stuff.

I spent about $25 on game stuff, though I forgot to include an NES Epyx joystick and mini Ms. Pac-Man arcade in the picture. Wii U is most likely broken, but it was free.

Stuff in the pic below was also about $25. Best parts of the lot at the Pete & Pete DVDs and that sealed Halloween trilogy. Guitar pedals are for my brother, and I'm hoping to clean up the little brass pot for use in my D&D room (it's covered in dragons). Not pictured is a child's guitar in good condition that we picked up for my kiddo's birthday at the end of the month.

This weekend I went out yard saling with a friend who also likes to find games, but fortunately only Nintendo stuff, and it turned out to be one of the best days I've had so far. We hit up a community sale in NE Baltimore that was sort of annoyingly spread out, but that may have worked in our favor to keep us away from the competition. The biggest score is obviously the Vectrex, the first I've ever seen in the wild which I snagged for $20. I was worried about it not working since the box has water damaged, but it functions perfectly! On a related note the Colecovision and games, which was also $20, needed some cleaning but is also working well. The rest of the stuff in the pic was about $10 and include DKC3 on GBA, LBP3 for PS4, some some Nintendo toys for the kiddo, and some CDs for the car.

There were less sales this week and I ran into more competition, so unfortunately didn't get any huge hauls at yard sales this week. That said, I did alright. Mario All-Stars was unfortunately empty, but it was a good disc holder while I was out. Spent a total of $20 for everything in the pics.