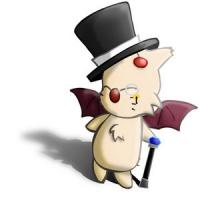 something weird ass has gotten in the water around here lately. I'm sure when the new consoles come out no one will have anything to bicker about. but man, every single thread I visit regularly seems to have devolved into nonsensical arguing and personal in-fighting. it's fucking strange and I've not seen it so prevalent in the 8 or whatever years I've been visiting here.

I blame the default white theme of new cag.

Forums in general, especially this thread, tend to eventually turn most people into sarcastic assholes. Heck I know I've been one a few times and I'm usually not like that. This was the last thread/forum on the net I even read or post to because of all that. But it seems like I'm letting people bother me too much and get to me here too. Which if I did stop posting here would be the reason. Have to break the cycle somehow. :P

Good point. I'll also remember that failing to address any valid points and instead only responding to gentle ribbing is a great way to win an argument. I'd toss a winky emoticon on here, but I don't want to be charged with further copyright infringment.

Way to be a complete fucking dick btw? And the only "valid point" you addressed was the price difference. And why the

are you even involved in this? I was talking to @FIF who managed to respond to me without being an ass.

Japanese MSRP pricing is a lot more granular than US pricing. And new products in Japan are rarely offered at less than MSRP, so the announced price is really just parity with the actual selling price of the 1000/OLED Vita. It's NOT cheaper.

Its safe to say the 2000 won't launch for $190 here. It'll launch at the exact same $199 pricepoint as the 1000 and tout the longer battery life, thinness, built in memory (no forced accessory purchase), and color options.

You're missing the boat on this entirely. The LCD enables Sony to address two big complaints with the Vita (too bulky for a pocket, not enough juice). Wait and see the screen before you go nutso about it. I'm not fond of the Vita's OLED. It washes out in sun--sucks on the bus portion of my daily commute--and it's developed a couple noticeable dark spots. The colors are oversaturated. Yes, OLED has strengths, but its not a be all end all uber-technolog. The LCD will have weaknesses, but you've bought into marketing hype if you think LCD vs. OLED is a clear cut question.

Thanks for the response. Guess I was spending too much time on the screen itself without thinking about the larger picture. However, I do like OLED better than LCD but that's just my preference. At least LCDs on other devices.

On a side note I can see now why Grant left this forum.

Seriously, when the new Vitas hit the shelves do you expect them to retail for $189.99? I think Sony will just enjoy the extra profit. They just dropped the price by $50.

I love how people love to copy my mannerisms whenever they disagree with me. :P Really makes you seem that much more intelligent and valid! Keep up the great work.

I find it highly unlikely that we see any drop in price for the new cheaper to produce model. It just doesn't make sense for Sony to market an item that is cheaper "by a couple of bucks".

It's already cheaper in Japan by 10 US dollars? ARGH I said that would be the last post. This is getting ridiculous -_- Need to make myself get away from here for a few hours lol.

Sorry for the double post, but for those of you looking to pick up an unopened OLED Vita I would do so before too long and people jack the price up on eBay. Unless you want 3G or a bundle it seems like.

The company says that it'll ultimately discontinue the OLED WiFi model, but that the 3G/WiFi OLED version will continue to be available and will find its way into similar discount bundles in the future -- make of that what you will.