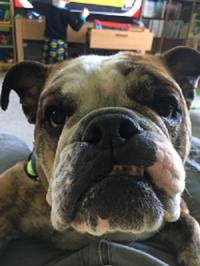 Yeah, I think I just got my Nier rebate today from when it launched months ago.

The rebates program is pretty great on top of the ms rewards but damn the turn around time on the rebates is slow, I have some that are listing as 3 months out before I'll get the money. Ebates or ratkuten whatever it is now sends a payment out monthly I dunno why ms has to take so long

EA's account system is a hot mess. I'm not even using the account I want to, when I first got a One X and opened up an EA game it created an account without my knowledge attached to my Gamertag, so I now have two accounts, one for Xbox and one for Star Wars The Old Republic. I attempted to fix it but support told me I was SOL, it wasn't possible to link the account with SWTOR on it to my Gamertag and delete the one that was currently linked. Even if it's possible now, it's too late, I've redeemed Twitch Prime rewards on it, so I'd lose those. Maybe I'll contact support to fix my email verification at some point, if something more important requires it.

I had a similar issue where it linked my brother in laws gt to my ea account we couldn't play madden and other ea games together because of it, we contacted them last fall and they wouldn't do anything. I was looking at my ea account for something else a few weeks ago and found a setting where you could remove a gt and it gave you a warning that you could lose account data related to fifa and apex, it didn't work though so I contacted support and it took all of five minutes for them to remove his gt from mine, and we didn't even lose any data.

Death’s Door is getting great reviews with some saying it’s a GoTY contender. Have an hour of play scheduled for my lunch break!

Ugh pre ordered this and Cris tales (was planning on purchasing regardless of Gamepass) so excited for both, atleast with the cloud I'll be able to paly Cris tales while my series x is in for repair

Think I'm going to have to send my series x in for repair, sounds like the gpu is failing. I'm getting black spikes across the screen on metro exodus and the fan is super loud.