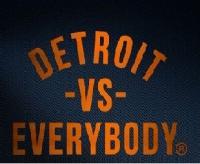 TheBigHouse hasn't added any friends yet.

I broke my "don't buy used controllers" rule and bought an Xbox One controller for Windows for $33 after the 20% off discount. Should've stuck to my rule. Missing the cable - which isn't that big of a deal, although it shouldn't be "Like New" if the name of the item is literally "Controller + Cable", you'd think they'd at a minimum verify those two things. But there was also the telltale sign of considerable use of a controller: caked in dirt in all the seams and crevices. And to top it off, it wasn't even the right controller - it was the old version of the XBox One controller w/o the 3.5mm audio jack - model number and serial number on the controller didn't match numbers on the box. Back it goes

In Topic: ebay: $5 off a $10 purchase in ebay app for tmobile customers start...

sent out trade PM's to those offering PS Store 20% off coupons. Ebay coupon expires at 3:00 am ET/Midnight PT tonight

Just got an email that the steelbook shipped!


Same - was half expecting a cancellation at this point since delivery day is tomorrow, but they can through on that .99 price.

There is for a lot of their items, but the playstion classic cartwheel offer explicitly says “not valid with order pickup or drive up”