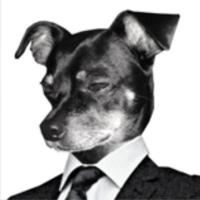 The other bad thing about the antiglare model is that the screen is more prone to scratches/marks. I have that one reserved but kinda wish it had the other screen now. I wouldn't have wanted to open it up to replace the SSD though, so I guess I still would've ordered the 512gb model

The idea that Fred not paying his bills so now you get charged $11k instead of $10k is based on the naive notion that they wouldn't be charging $11k if they thought they could get away it it otherwise. They're already charging what they think they can get away with before hitting a tipping point of too many people not paying. They already expect you to be willing/able to pay $11k and they're not going to leave that on the table just because Fred is also giving them money -- they'll just happily take more money.

No one is saying "Well, we could get $11k from this guy but Fred pays HIS bills so we don't really NEED it... let's just charge $10k". You're gonna get hit for whatever they think the market will bear. Capitalism Ho!

They milking my as, they also lied, I asked was the CT scan would be thousands she said no but the bill said otherwise. Get billed so much for a quick ER visit which they pretty much did nothing.

I’m assuming by app you guys mean the Walmart app? The paid Walmart+version is still working for me but I haven’t tried video games in a while.

Something changed in the past week with Walmart’s inventory system. Non video games that have been clearance price went out of stock on brickseek at every store around me, but they’re still there on the shelves at 6+ deep and still the clearance price.

I’ve regularly seen the discrepancy where Brickseek says it’s there, but it’s not. I’ve never seen it the other way around until now.

I was talking about brickseek app, looking at that never gives me results. So I never know if theres deals or not at Wal-Mart.

Nothing found in my area which I know is bull that site/app sucks. Cause I know scarlet is in cleance for $25. Even if I got inside the store the app scan is still does the same.