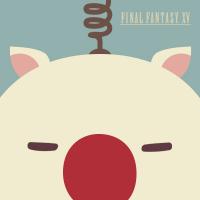 Slayer1091 hasn't added any friends yet.

That's what I thought but I recall people double dipping on the $5 eshop card and not having to pay anything. I must have misread the posts.


If you buy it in store you don’t have to pay anything. It’s only online where you can’t checkout with a $0 sale. In store you can buy a $5 card and use $5 cert and it even out just fine. Hope that helps

Went to Walmart yesterday that had a few of these. Asked the guy at electronics for a price scan. He rang them up using his phone and told me they were full price (I didn't see the price). A few hours later I checked and every single copy was gone... I made a rookie mistake.


Always have them use the store scanner as it shows there store only. If you scan via the Walmart app on phone it will always pull it up from what the online site shows. Either have someone manually scan using the store device or pick the ones you want and scan them at one of the price checkers around the store.

Is there a fix for this error on GameStop.com?

Oops! We can’t process your payment. Please select a different payment method or check your payment details including your billing address.


It should fix itself in a day or two. But if you need to buy something now try it on a VPN connected somewhere in the US. That helped me when I was having the same issue.

Hard to see that being the norm with MS pushing Smart Delivery so strongly and so many third parties jumping on board with that idea. It's like many selling both copies for $60.  It just looks like NBA2k taking advantage of the people that blindly buy the same game every year.

To be honest that would make more sense them pushing Smart Delivery because if next gen is $70 then people would buy current gen for $60 so they can get net gen for free. Its good marketing to sell through current gen stock. If that makes any sense


#14144995 Sekiro Collectors Edition back up for pre-order at Gamestop

GameStop doesn’t ship until the day it releases unless you paid for day one delivery. Then it will ship the day before


If you want Far Cry 3 on PS4 might as well get the Gold edition digitally. The other season pass is just a bonus. If you don’t care about FC3 just get the standard cause the season pass expansions are that great

Astro Bot should be up for GOTY, not just in the VR category. I haven't played the newest Assassin's Creed, but it is hard to believe that it would be better than Astro Bot.

Don't underestimate Assassin's Creed Odyssey, it truly deserves to be in the GOTY category. It also deserves  to be in best Voice Actor category as well for Kassandra.


It isn’t like Best Buy where the subtotal needs to be equal or higher than the certificate. Think of it as like a gift card but any remaining balance you don’t get to keep. I’ve used $10 certs on $9.99 items plenty of times

i thought the conference was far better than microsoft's, but the presentation was awful

what is the point of the guy playing the guitar for several minutes before the Last of Us demo? or the music before Ghost of Tsushima?

why was the Last of Us 2 shown in a church? then that long delay between the next announcement having to listen to Ryan Clements and those other people talk,

then the show ended abruptly, the whole thing was a mess but the games were by far the best of E3 mostly because it focused on exclusive games that haven't been saturated with tons of sequels like Halo or Gears of War

1. The point of the guitar guy was that he is the composer for TLOU part I and II. The one in front of ghosts was for the same reason to play a song from the game which was heard in the presentation

2. If paid close attention you would notice that the “church” they are in, is model exactly like the “church” in the game. The building Ellie and her girlfriend is in is the exact same one the presentation was held. They were literally watching inside of a section of the game.

3. And sure the intermission was rough but at least they showed some things in between and that was the only time they did that.

Did anyone else pick this up? I'm not seeing any uPlay codes in the box anywhere. The steelbook is empty and the other side of the cardboard piece it's in just has the map and soundtrack (on the unboxing videos for console versions there is a retail copy of the game here)

All the other editions sold out before the game released. PC was the only one that stayed in stock

Remember at first Monster Hunter Worlds didn't show as exclusive until after it sold out, so even if slightly interested best to preorder then cancel if it goes up elsewhere.

Oh shit you are right! Haha, It was GR2 that I bought from BestBuy! OMG I can't keep track of what I am buying...I told you I need help

To be fair if you have Amazon Prime you would have gotten it for the same price as GCU so that is probably why you thought you got it from Best Buy.