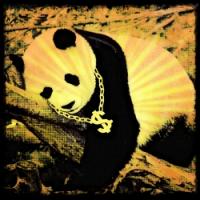 Have: The Division 2 UPlay (from AMD Rewards)

I've also been thinking about wasting some money on that game. I don't know why, but I want that game more than any of the games on sale that I want. But, dammit, I already grabbed Agarest (another anime-ish turn based rpg) earlier in the sale and installed it. I've already committed to almost playing, but actually not-playing, one game of that genre.

I don't know if I'll realistically be able to finish Witcher 3 & Batman AND Agarest before the next time Hyperdimension Neprunia is on sale for potentially a dollar less. But...what if the damn game never goes on sale again until Christmas of 2017 like how every that time Recettear was dirt cheap in a holiday sale years ago and everyone who missed it boycotted buying that game until it went on sale for that cheap again, which didn't happen for a lONG time.

sigh...I guess I'll just sit here and get schooled in gwent by that noble in the garden of wtvr-castle in Witcher 3

Every time i check this thread now, 75% of the posts are steam key drops.

hah i never play multiplayer jokes on you nerds

Woohoo, I can't wait to spend time with my youngest son playing another f*cking Lego game.

dammit. Now I need a kid so I can force em to play Lego games with me.

Stupid useless local-coop games. I refuse to play them solo.

I had to force my sis to play Lego Lord of the Rings with me and ,after a year, we only got 4 hours in.

There have been very few Early Access games that were worth playing. Darkest Dungeon is one and my friend (who has spent dozens of hours on it) says Kerbal Space Program is too. It actually just came out of EA.

One good one that comes to mind is UnEpic. Its a comical metroidvania-style game. I played it non-stop when it was in Early Access.

Apparently they added a ton of features to it since I stopped playing it. I haven't played it since it officially released. ...UnEpic was a good egg.

Grim Dawn is another good one. Its making slow progress with its additions, so I haven't played it in a while. I can say that I was pleased with what I played of it.

One EA game I got burned by was DieselStormers. I thought it looked kinda cool and the comments in the Community Hub made the game seem like it was decent. I got it to play with my buddy, but the game was in a real early stage. So, it wasn't very fun. All I can do is hope that its actually good once its released.

I love playing KF2 in EA. What can I say, I wanted to play it since they announced it. Same with Carmageddon, it is a bit broken, but really fun.

If it is a game and/or a dev you really like, it's a good way to show your support and see how the game evolve though time.

If it is unknown to you, I think a research is needed in order to know if you'll support the game through EA.

I only played KF2 EA for an hour last night, but hot-DAMN did it make me happy. Its the perfect game for Early Access because of how repetitive the gameplay is (I mean that in a good way). I remember playing the same level over and over for hours in KF1.

Pm me if you want in.

I've been waiting patiently for Killing Floor 2 and its finally here.

Pm me if you want in.

We will see what happens.  It may be temporary, it may be permanent.  I can't really see them reverting from this but I can see someone finding a workaround and it not being a problem anymore.  We can only wait and see.  The writing was on the wall as soon as they implemented the option.

Honestly, I think I'd be fine if it were permanent.

I felt like I had some sort of obligation to provide you guys with those regional prices, but I was getting too busy/lazy to continue with it.

I actually did stop for several months, but then I'd visit cag periodically and see other sellers jacking up the prices.

So I kinda felt bad and started selling again.

It still does suck though, because it means I probably wont be buying games as frequently anymore, since I'm mentally spoiled by regional prices.

I do know that I will probably be paying full price for Metal Gear Solid V (was probably going to be region locked anyway).

I assume you read this already :(

By the sound of it, I think its a temporary thing.

But, I always wondered why they just didn't do this in the first place.

Anyone remember if Fight the Dragon was in a previous indie bundle? (I'm too lazy to search)

Regardless, I'm starting a group-buy for it (stream-trade thread makes me sick)

I counter your temptation with this:

I HAVE NO MONEY.

panda power fading...you're making it real hard for me to come back from the dead fox

KOF 98 Final Edition is up for preorder.

I have returned from the dead (again) to tempt Fox with the JakeNome flash deal: