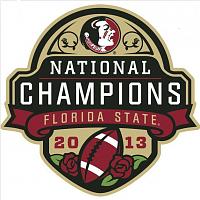 I turned off vibration and trigger effects for Fifa for that exact reason. My back buttons on my modded extreme rate are bound to L2/R2 for Fifa- this makes jockey and sprint easier, as well as much easier skill cancels.

I didn't do the mod for it with extreme rate, but you can also do hair triggers to make sprinting easier. The Dual Sense Edge will have adjustable triggers that will make sprint/jockey much easier.

My planned remap for Fifa for the DS Edge will be L1/R1 to L2/R2, L2/R2 to the Back Paddles. Will make everything much easier to reach and hold I think.

I worried about it happening but thought I would be missing out on the next gen cool feaures if I nerfed the controller. I think it lasted a good 2 years at least...which was long enough for the dualsense controller to get a discounted sale. The more recent dualsense models have better battery life so I would have needed the upgrade eventually. I am way too cheap to splurge on a Dualsense Edge but it seems nice.

Is it the right trigger or the left trigger spring that's the pain in the butt to change? Whichever one is more obstructed is the one I had to change out, lol. Of course all the videos I found only showed people changing out the easy one!

The controller is super easy to open and put back together again, though, and that's coming from someone who rarely does stuff like that.

You guys with batteries lasting two hours should just buy a new battery and swap it out. It won't take you more than 10-15 minutes as long as you have a decent pry tool and a phillips head, and that's if you're really bad at this stuff. Get a kit from Amazon for like $10 if you don't have a pry tool or something similar.

The left one is more difficult from what I remember.

You have to get through Valhalla...feels like they are trying to get back to some sort of story continuity.  And yes, I would love for them to focus elsewhere in the world...much deeper mythology...there was a books series called Area 51 (by Robert Doherty) that connected a bunch of our myths/legends with an alien twist.  I liked the connections..hated the series from the "the-bad-guy-is-always on-top" standpoint

I just beat Ghost of Tsushima and the DLCs on PS5. I am now playing Halo Infinite on my Series X. I have to beat a Nintendo Switch game next (Triangle Strategy?), then a PC/SteamDeck game, and then a retro/emulated game before I can circle back to the PS5.

I have been intentionally stalling waiting to acquire the Valhalla DLC but I did get it last Black Friday so no excuses any more.

I own a launch PS5 with original Dualsense and haven't had stick drift issues but I did experience the right trigger spring breaking mainly due to playing FIFA. FIFA makes it harder to sprint with your player late in a game to simulate low stamina so that stresses the R2 spring a lot pressing against resistance. I was able to replace the spring using an iFIXit toolkit and cheap replacement springs. It wasn't simple but I had never really opened a controller before so maybe others would find it easier to do. The iFIXit toolkit is awesome though and was worth the investment.

Factorio is still $30 but there is a plan to increase the price to $35 tomorrow to keep up with inflation.

The developers have stated that they will never put the game on sale so if anyone has it on their wishlist then now is probably the cheapest you will ever be able to get it.

100% agree....they really have lost their way.  Don't get me wrong Black Flag was amazing from a gameply standpoint...i just think after AC3 they were like, well now what do we do?

Odyssey was really just another open world game and I thnk Origins they just wanted a way to do Egypt and said lets make it an origin story.

We will see if they focus more on the story with Basim now...I just think that I want it to go back to the story it was and convince myself that is whats happening.

Also I think I am one of the only people that actually appreciate the present day story segments....

I am one of those sickos who has played through all the AC games (except Valhalla) including the 2.5D smaller games for India/China/Russia with the intent of trying to follow the continuity of the modern day thread. Kind of like when you watch a show to completion even though it clearly is not as good as it used to be but you need to see it through to the end. I do plan to play Valhalla but haven't had time yet. I think the Ezio trilogy was the most fun for me although the Illuminati puzzles probably would not have lasting appeal if repeated.

It is kind of interesting that Ubisoft has spent so much time on the European/American historical periods when there is a mountain of history in China/India/Japan that is just dying to be told. Maybe Western audiences don't go for Asian history as much as Western history but I think I would learn more that I didn't already know with a shift to the East.