The gang talk the Sonic movie and mostly teraflops for 90 minutes. We dare you to listen. 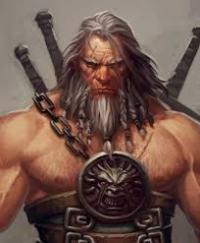 DonDonRaiden hasn't added any friends yet.

I don't think you understand what I'm saying, but okay.

I also still use a 2008 or so TV, because nothing has been significantly better for a reasonable price, and that applies for this too. My point is that people shouldn't be duped into this because of the "HDR" branding, since that's apparently the new buzzword.

Doesn't help that there isn't even much UHD stuff out at the moment, giving even less reason to buy now. Basically, by the time it actually makes sense to buy a 4K TV, OLED and real-ass HDR should be more or less standard.

That's pretty impressive. I can't seem to get a TV to last longer than 4 years.  My TV just died yesterday (no video), hopefully warranty will cover it and I can sell it before it breaks again.