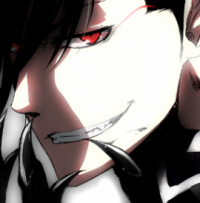 Haven't posted in a long while, but picked up:

CD's look to not have been played at all.

Around what time of night night did you win?

These are my finds today, finally found game related items.

I've won the Avatar... Every day after has been a loss.

Hell yeah I would! We're getting my dad an Xbox One for Christmas and my gold ends the 26th, so just a hold over until I can work a few weeks to buy another 12-month

p.s. you're a super kind soul

Sent. I've won about 7 months worth after checking my prize emails(thought I had a few more), so I gift you some of my luck too lol.

I did some searching and found this site to check your balance on these cards, for those who get declined. The last 3 digits get cut off if you copy & paste, just delete the spaces and add the last 3 digits. Mine got declined by Amazon but shows $6 is loaded

. I've tested the cards I've used and sure enough, don't come up. So seems to be correct.

Godamnit, someone just made a new account with 0 feedback and is the highest bidder on my item. I know most likely they will not pay/try to screw with me so should I just end the auction?

I wouldn't worry about it, we have all had 0 feedback at some point.

Oh....weird. So, do you think it's okay to ship it then? Thanks so much for the explanation btw; being a college student every penny does count and I just want to be cautious.

If you're not sure, you could refund and take a possible neg.

yea, I am hoping she just drops the whole matter and leaves me the hell alone. I don't care about positive feedback at this point, just want to avoid some stupid shit.

I actually had someone leave me a neutral feedback a few months ago consisting of "." What the hell is that all about lol.

Its kind of funny, on this site my FB is super, but in selling on ebay for 4 months I have 1 neutral and 1 potentially angry person whom could go really bad on me, even though I didn't do anything wrong.

Remember that an opened case will count as a defect, even if its found in your favor(I have one, unfortunately).

I think you could actually get that neutral removed.

You aren't the only one, the big time eBay sellers go through this on a daily basis. Since its even easier now to kick a seller off eBay or take away the TRS, etc. Going to be lots of problems in the future.

Just an FYI, I got a defect for an INR(Item Not Received) case. Problem was USPS was taking longer than expected because of weather in New Jersey. Few days later he got the item, left me positive feedback. But instead of him sending me a message, he opened a case for it, and its now a defect I can't get rid of. Even though I had no control over it.

Did she send you a message with one of those options that automatically opens a case?

If not I'd just do nothing further and wait to see if she opens a SNAD case.

If she does that, I think there's a pre-set option you can choose that will tell the seller to send the item back for a refund. (Unless eBay did away with that.) Don't get into her bait about the price being too much to ship them back. She's trying to play you.

I do think SNAD will require her to resend for refund. But like "thelonepig" said, its either feedback or the money.

If you pick this option, you'll know for a fact she'll leave a neg because she didn't get what she wanted. If she decides not to send for refund, probably will leave a neg anyways. Slight chance with a partial she'll be happy and leave nothing. Or you could try and fight it, and hope eBay sides with you. You'll have to call to get the bad feedback and the defect from the case removed(if they'll listen).

But after this is over and done, make sure to put her on your blocked list.

OH CRAP. That is the absolute biggest pain in the ass. The worst part is, I don't think the DS will turn on with it disconnected.

MASA--watch some breakdown videos and guides before you do it, that's my biggest piece of advice.

I think I might have a neck injury from it lol. Not sure if the DS won't turn on if its disconnected. The problems with the DS I had to fix was a blown fuse, which is also a pain. I just sold it for someone else to fix.

@Masa - Will send you a link to the video I used to learn from.

It's not too bad to open a DS lite. Getting it back together can be a pain in the ass.

I second this. The pain I endured trying to get the wifi card cable back under the cartridge slot.

I swear, I hardly can ever find anything gaming related.

And an old HomeCenter portable flashlight & lantern from 1985, new and sealed. - $2