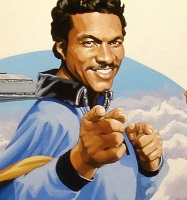 Calrissien hasn't added any friends yet.

I was already on the fence when I renewed last month, I think I'm out after this year expires. I can't justify the cost. I only watch maybe two shows on their video service that I can certainly live without and my experience with two day shipping recently has been spotty at best.

Great show as usual, but I 'd have to disagree on all of the Gears hate on the show. The Campaign is still really fun to play through and it's as difficult as I remember it being. This game also had more variety gameplay wise than the latter two games. As someone who plays a ton of shooters, I would say it holds up pretty well.

Good show this week. I just started playing Hearthstone on my Note 4 and i really like it. Also speaking of Blizzard here's some Heroes of the Storm Beta keys if anyone needs one.

Just Finished Wolfenstein The New Order this morning. On to Dishonered. I just started AC: Unity this morning. I'm giving up on Diablo and GTA V. I'm just not liking either that much.

Flash sale got me. I just picked up Costume Quest and Shadow Warrior. The backlog continues to grow. Almost finished with the campaign in Battlefield 4 though. Hopefully in the next day or so time permitting.

I finished about 15 games last year not counting expansions like Burial at Sea and a few others. I'd like to clear 20 games this year, but that's going to be tough as my time is limited with work, a wife and a kid. I just finished Killzone: Mercenary last week though, so I'm off and running. My console backlog isn't too bad. I have to finish GTAV, and Diablo isn't even opened on Xbox One, I'm pretty up to date on PS4 outside of some downloadable titles like Strider and Dead Nation. I have to start Freedom Wars and finish FFX on Vita. There's too much to mention on Steam.

I usually focus on one main single player campaign per console. I'm playing Dragon Age on PS4, and Wolfenstein on PC. I haven't decided on what to tackle next on Xbox yet. Too much Titanfall/Halo 5 Beta/Evolve Beta.

I pretty much listen to everything on IGN and Game Informer's podcast. Podcast Beyond and the CAGcast are my personal faves. I tried Giant Bombcast, Major Nelson and couple of others, but I didn't like them as much. Game Informer is starting to get stale as well. I masy try Giant Bomb again.