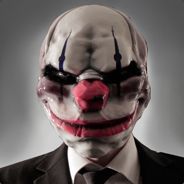 Look at all those skylander deals, wow.

I still don't even know what the hell Skylanders is...

And the amount is irrelevant. It's the principle of supporting a poor service/business practice(s).

How is paying them one dollar for their service supporting them? They don't ship for free. If they only make a dollar off you, they're going to lose money...

Do they charge when they ship or when you order?

As the title says, there are copies marked like new, yet the description says factory sealed.

There aren't many left, so if you want to take the chance, go for it.

I'm half convinced you're the clown that said he was going to buy an Audi with his PS4 and Xbox One presale profits...

And yes.. the batmobile will be some $10 cheap plastic car... because you know... it's made by the same company who produced the cheap $10 TLOU statue...

You must be the only self proclaimed "flipper" on this site that knows nothing about video games. It must be exciting to run a low 3 digit feedback account on eBay.

I don't know who that clown is, but you and I typically don't run in the same circles on here because, well, you're far too whiny for me to ever want to have a lengthy conversation with. I also haven't gotten into the current generation of consoles yet. There's no appeal to me. Also, yes, it will irrefutably be a $10 piece of junk. If you think they're producing high quality items for this, then you'r sadly mistaken. I suggest going to a reputable website known for producing high quality statues with quality materials if you're seeking a high quality statue because this will be nothing more than a cheap plastic toy, just like everything else they've produced. Now if a toy is what you're seeking, then you might as well go buy one of the Batmobiles from the '90s, because they're made well enough, and you can get them for far less, and some of them actually look pretty cool too. Now me personally, I'd rather get a nice heavy, hand painted polystone statue for $100, not some cheap plastic toy...

I know more than enough about video games, although they're not my obsession. You're still just angry that I don't, and never will support Nintendo, and I will gladly take any chance to insult their business and their products. You've been trying to troll me for what, over a year now off and on? When will you realize you're the only one getting emotional?

you bought 5 curtain call ce's to flip. your opinion means nothing to me

You say that as if I'm seeking your approval. It's not my fault I'm better at spotting the good ones than you are...

Not going to be getting it anytime soon, but ill go ahead and submit an Amazon price to help get their attention.

I'm holding out for the first petabyte drives. I'll see you guys in a decade...

No, people are fucking flippers. Amazon should restrict one per person. Gettinf ridiculous rhat pre-ordering a CE demands being on the internet 24-7 like a hawk.

Edit: As a collector I buy 2 of everything and no more. Flippers aren't collectors and even then, flipping nets you very little margin per game. I myself earn more an hour than sitting down on a comp on ebay praying my 50+ copies of games sell out in 10 days time or something. Flipping rarely next you a jackpot revenue like alot of flippers hope for.

You realize flipping takes a total of minutes, right? For pre-orders, I click purchase, stick it on eBay, and what sells I keep. I use other peoples' money to pay my card and keep the profits. How much you make depends on how much you buy. You can make $40 or $400. Hell, if you report all your eBay income, take it to $4000 if you want. All you do is click buy, print some labels, drop the bulk of items off at the post office in one shot and you're done. Flipping electronics and other items is another beast, but it still nets a good amount. Again, how much you make depends on how much you buy to flip. I don't flip often, but when I flip I make sure it's worth something. Doing what I'm doing, but fivefold in regard to quantity of my orders, I could easily clear over $10,000 extra a year just from a few minutes here and there checking for deals at the random places I look. I'm not exaggerating either. However, I purposely don't make that much because... Well, you can guess. In the future though I'll probably just suck it up, pay the taxes, and up my sales and purchases. Hell, I just had a buyer in Japan who's a small business owner strike a deal with me. There's items here that he can't purchase, so I can buy them, mark them up, then he marks up his price again because the items aren't available in Japan, and I clear almost $400 in one shipment. I didn't want to push a $1500 sale through my paypal though... I did do $400 with him though, which made me $100. I never went a penny out of pocket. The items were sold before they got to my door.

Anyway, "flipping' is a pretty ridiculous term. Don't most small businesses just "flip" items? The vast majority I'm sure don't own factories and whatnot to produce the items they sell. We e-flippers are just doing it on a much smaller scale, that's all. Buy low, sell high. You'd be crazy not to...

Bloodborne CE now up on Amazon. Go get 'em!

has been used in various documents by college professors.

I no longer approve of their work.

Picked up some Jack Link's beef jerky and some toilet paper.

Fine by me, I have credit I wouldn't mind turning into Amazon gift card credit.