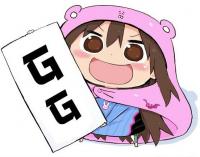 I'm not sure if EBay listing are accepted here but someone on there is selling One Punch Man (BluRay) for $22.50. I made them an offer of $18 and they accepted.

I ended up getting Yonder and told myself I was going to only play for an hour and ended up playing for 3+ hours. The game is pretty fun so far.

When you choose Free No Rush Shipping.

I think so. But the online play is 1v1 pvp but with a support team (tag team). I've played some of UNS 4. But only story mode.


I believe it was recently confirmed that it will have a story mode and if I remember correctly its supposed to be about your created character.

I ended up picking up God of War 3 and Akiba's Trip. So far Akiba's Trip is just garbage and I wish I didn't buy it. I'll probably buy Adrift before the sale ends.

I just launched Phantom Dust and the game has 45 achievements for 1000GS. I'm not sure why Frisky said it had no achievements.

Seems like a good deal. I went ahead and grabbed one just to finally try out Witcher.

I'm on mobile so I'm not sure how to make the link look nicer.


I actually enjoyed Dark Void back when I played it on the 360. It wasn't the greatest game but I found it to be fun enough to play through the whole game.

Looks like nothing for me. I wish Trackmania Turbo would hurry up and drop to $10 I only want it for the track builder mode.

has been spotted. Is this thing any good?


I picked that up around November or December. It's a pretty cool book.

Just left Five Below and they had a ton of Battleborn for PS4 and Xbox One along with Hardcover Guides for Zelda Triforce Heroes.

I received today the Little Big Planet 2 collectors edition and it came complete with the plush and the book ends.

Haven't done one of these in a while:

I went ahead and grabbed a (LN) one. I hope it comes complete or at least with the bookends.

I got it from Amazon not even a month ago for $40 from a lightning deal.