DaShaka hasn't added any friends yet.

I’ve had some terrible CS experiences, but nothing rivals GameStop. I know people say “gee I wonder why they’re going out of business” when talking trash about a company, but this is absolutely one of the big reasons. Bad CS ruins a relationship with the company, and any furthers sales from that customer. Over time, you’re taking away the trust of you’re entire customer base, and eventually no one is buying from you. It’s mind boggling how much these execs get paid, only to put a company out of business with their terrible practices, that are so easily fixed.

“Don’t hang up on your customers or you’re fired”. Isn’t even discussed there, as it happens almost every call. It’s literally Customer Service 101, yet it’s probably encouraged.

The only time we ever shop or trade there now, is when we’re borderline able to scam them, and even then it feels dirty.

GameStop.com sent me an extra copy of Luigi Mansion 3 on accident. They are really all over the place right now aren’t they.

You can skip the month if you don't like it.

I think the key to Game Pass will be to play really expensive games and/or new games ASAP; especially if they are LONG. You can always try to buy that stuff later (as long as it's still being sold), when it gets cheaper. $5 for basically a one month rental for their games is a steal, IMHO.

This way...well, you could also have way less to play later. And you also won't get burnt-out playing too much of the same thing at once.

Sure, on Game Pass...I've already played base-games to Metro: Exodus, Gears 5, Wolfenstein II: TNC, and Outer Worlds - but I'd be fine w/ owning them, for like $5-10 or less later; or especially Complete Editions for $15 or less w/ everything.

The Expansion Pass for Exodus isn't done yet (and those aren't yet in Game Pass - Two Colonels to me sounds very interesting b/c it sounds like it's more up the much-more previous linear Metro game's alley) and Outer Worlds hasn't had their batch of DLC's come out yet. Wolfenstein II's DLC's ain't in the Game Pass yet either. Still, plenty of reason already there for me to buy later - as I'm normally one of those guys who wants to play any worthwhile or decent DLC's/expansions.


What i love about GamePass is I can try all these games WITHOUT paying any money upfront (aside from the general fee for the service which I got insanely cheap).

I’ve loved games that I never thought to buy, and I’ve really ended up not liking games that I would have spent money on otherwise (untitled goose game to name one).

GamePass has definitely saved me money on games that I would have bought, a lot of money actually.

Who's ready to get Jingled tomorrow?


Stream aside, are the games usually worth the $30?

Can’t believe Shenmue 3 is $35 already with the steelbook. At this rate it will be $10 in a month, this will be some Anthem level price drop, I can wait.

Is Until Dawn Rush of Blood Worth purchasing physical before my GCU expires, or should I wait for a low price for the digital version?


It was free for PS+ a while back, so I’d imagine they probably put it on steep discount when it’s on sale. Amazing game though, one of my favorite PSVR games.

That's great. I was considering an Apple TV because of this deal, but I'm still trying to decide between throwing that money at a Switch or an Apple TV. I already have a Shield TV, and it appears that most of the games that are on Apple TV are already available on Shield TV. Other than Sonic Racing, what's worth it on Apple Arcade? I just noticed that most of the iOS games that I would like to play aren't available on Apple TV (Neon Chrome, Rogue Legacy, and Stardew Valley among others).

Almost every game I’ve downloaded so far have been awesome, aside from the generic big name games like Frogger and Pac-Man which were just decent.

Some of my favorites so far:

Those are the few I’ve played so far and they’ve all been amazing. I feel like I’ve barely scratched the surface, and if they keep releasing them at the same rate that they have, I’ll never catch up.

It’s beyond worth the $5 IMO, and I was extremely skeptical at first.

So obviously I think it’s well worth it, but this is coming from someone that already has an Apple TV 4K and an iPhone, so it wasn’t any extra hardware cost to me. If you already have an iPhone I’d say 100% go for it, but if you JUST plan to play on Apple TV, that’s a toss up. You could always return it if you didn’t enjoy it enough, and the first month of Apple Arcade is free, so there’s also no cost to try it out.

Have you done any gaming with it? I was interested in it for gaming, but I noticed that lots of iOS games aren't compatible with it.

I do light gaming on my Apple TV 4K and it was great. Now that Apple Arcade is out, it’s phenomenal. Well worth the $5 a month. The games are surprisingly well made and a ton of them work with the DualShock 4.

They also release new games like once a week.

I never thought I’d be excited about Apple gaming, and all the sudden it came out of nowhere and it’s awesome. Being able to use the DualShock is huge, and playing some of the games on the go on iPhone is a bonus. The games are so much easier to just pick up and play. I know I sound like a commercial but I’m actually pumped on it haha.

Hurry, someone already posted it to slickdeals. Got Deemo and Voez for Switch for $31. 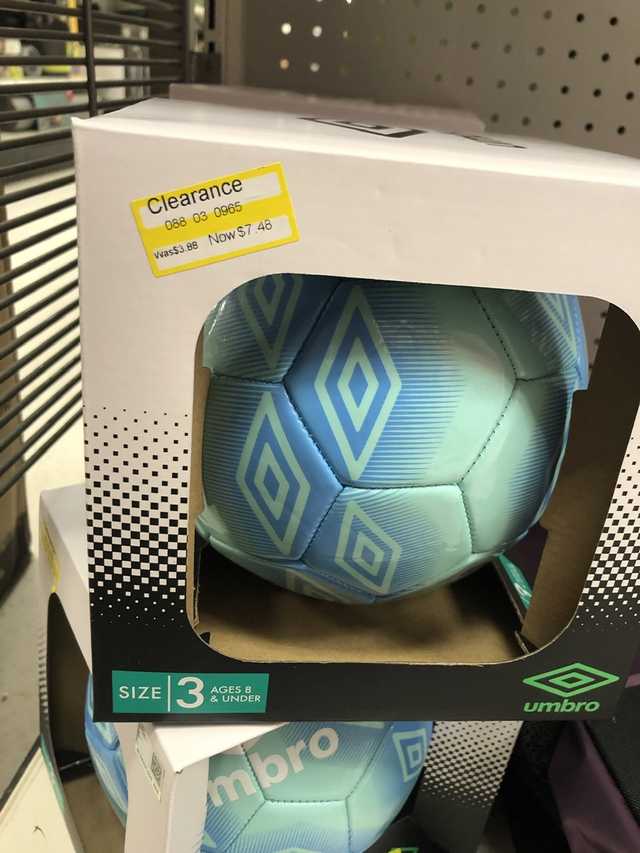 Thanks for posting, I didn’t want a whole set with the DLC, just one of the weapons.

cool. just grabbed one at the $16 price point and the code worked for me. i never once in my life played the secret of mana so this will be my first time.


Same, and I feel like even if it’s not my game, I can resell it for what I paid.