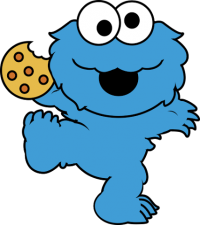 Something new, did my final boomerang of Overwatch/R6 siege and the associate took away $5 refurbish fee each, the games had light scratches but he said it’s a part of the store’s temporary ‘Covid cleaning procedures’.

He was nice about it and I didn’t argue because I’m just happy they didn’t notice I just bought the games a few blocks away. Could be because the games were not the cleanest looking discs either, anyone else get hit with this? Seems very YMMV


You got hit with the bullshit fee. They dont care about COVID, and its evident if you look at their subreddit page.

So apparently at least at my local gamestop according to the store manager, the whole trade in for a preorder for the 20-30% bonus thing, he is trying to stop the "abuse" of trading towards that game and either canceling the preorder or moving the preorder to a new game. Not sure if this is just him, or gamestop as a whole is trying to stop it. It only came up because I thought to get that bonus you had to keep preordering a new game and couldn't just pile it all on one game so I ended up with a ton of MLB preoreders as a result.

This may sound like a *gamestop sucks* rant and in part it does, but the manager is pretty cool to converse with and wasn't an a-hole about it.

So just curious if anyone else has run into this. Never seen it in all my years of gamestop.

granted he probably has no way of telling that I know of if about any bonuses towards a game aside from the MLB preorders.

Either way, interesting unique gamestop experience, and just curious if anyone else has seen store managers want to enforce the "whole trade in bonus goes towards the trade in bonus game instead of just 5 dollars."

Few things shock me, this shocks me


Nah that guy is an A-hole. You are not going to buy multiple copies of MLB and he knows that. He's increasing his personal numbers and then having a different employee take the hit when you come back to cancel them.

Regular Pro is gone as well. Used Switch games are coming out to $60.xx after tax here in CA.

No it doesn't. As shitty as the changes have been, you'll still be getting a $5 cert every month that you can just use on Xbox/PSN/eShop credit. That alone is worth keeping the membership.

Why would elite members pay $15 extra for the same benefits as pro members?

There used to be a sweet glitch back when the old website was up. If you redeemed points towards an online certificate and added a digital Xbox/PSN/eShop along with any physical item for pickup at a local store the coupon would apply to both the physical item and the digital code. A $50 certificate would essentially become a $100 certificate.

I haven’t tried it out yet with the new website, but its worth a look if anyone wants to risk their points.