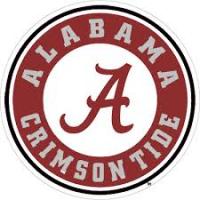 So with the Xbox marketplace “Cyber Monday” sale did they add anything of note or is it just the same stuff from the Black Friday sale?

I looked myself and didn’t see anything added but didn’t know if you guys did.

Yeah, it was depressing but at least Ohio State lost too.

If you want to get into the current storyline, I recommend Witch Queen Deluxe. It gives you the main campaign and season passes for each of the four seasons this year, plus access to the two dungeons being released this year. We are just over halfway through season 2 of this expansion (season 17 overall) and the seasonal story has just wound down, so you should have time to get caught up on the campaign and last season's and this season's stories before the next season starts.


You picked a good time because everything is on sale.

hey thanks. So I guess the non deluxe drawback is the lack of a season pass?

Sups guys .
If I want to get back into Destiny and only have the base game what is the smart purchase?
Thx

Did somebody say Predictions ?

I might have Binery Domain in my pile of junk. Have to check when I get home. I’ll play it if I have it. I’d actually buy it if was available digitally.

Finally completed a Hades run. All rogue-lites need to learn from this one.

Hades is just the best. I played it after someone in here raved on it and glad I did.

Playing ME 2 again. Such a great game. Makes me wonder why I play anything else ever.

I know a lot of you guys aren’t sports gamers but I’m telling you the Show is next level. Triple A game all the way.

I might get Resident Evil 2. I’m all about easy mode so should I pay $2 for the infinity ammo gun or does the game have a super easy mode that would make the gun not needed?


So are any of you guys picking up the Show? I’ve played it on my PS4 but since I play Xbox more never really got deep into it. thinking of making it my main game for awhile.