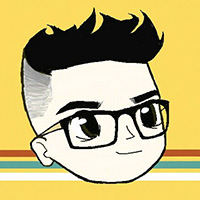 MapleStory hasn't added any friends yet.

YES, THE AMPLITUDE GLITCH IS DEAD.

Don't be fooled by anyone who's saying it works. I managed to get it around 1:30pm eastern. Tried to help a friend get it at 3pm and the method no longer worked.

@awp: No, you had to get the PS4 demo, followed by going to the PS3 Amplitude's full game page on the web store, which allowed you to purchase it for free, since it was tricked into thinking you owned the PS4 version. After "purchasing" the PS3 version, it turns the PS4 demo into the full version, since the PS3 version grants you access to the full game on the PS4 as well.

The reason it no longer works is because they are not allowing anyone to download the PS3 version now if you have the PS4 demo.

$9.99 without promo code, which is still the lowest the game's EVER been, as far as I know. Just a heads up as well for those unaware, the promo code CAG16 takes 16% off ALL pre-owned games on the site.

Just a bit of advice. Absolutely no one will do a 1:1 trade for a Starbucks gift card, especially not here at CAG.

Your Name: James
Age: 33
Country: U.S.A.
Hobbies: Video games, going out with friends, trying out new places to eat, and craft beer (if that counts as a hobby).

2015 has been pretty good so far, albeit uneventful. I have no real complaints, just looking forward to summer for some possible adventures. The weather here in NYC was pretty brutal the first few months of the year but it's finally feeling spring as of late. Family and friends are healthy, so 2015 has been pretty good, I guess!

Can someone send one my way? And I'll you my code once it's comes via eMail.

Not everyone is going to enjoy this series.  I played this game and thought it was beyond terrible but I bought a copy for $20 to give it another chance.

Bashing someone because they have a different opinion is childish.

It's not about having a different opinion. It's that he feels that everyone ELSE is in the wrong for enjoying it, making him look like an egotistic shithead.

And lol @ defending the absolute worst game in the Ninja Gaiden series.

Actually no I liked all 3 of the Ninja Gaiden games thank you,I didnt try Yaiba because I went next gen and missed that one

/.. Brsides why are you guys so pissed someone doesnt like this game?

You must be retarded if you think you simply "don't like the game."

Thomas was alone is $3.99, is that game and better

They're both in the vein of indie "artsy" games. flOw is a motion sensor game (unless it now has analog control) and Thomas Was Alone is an odd little platformer with emphasis on story. It's not bad but I'm glad I didn't pay for it. Got it free from PS+.

The game sucks I don't know why people like them

Just wondering, how do you poop with your head obstructing the passage?

Still waiting on mines in Indiana.

Why, you need coal or something?

"Hey, a Street Fighter topic, I think I should go in and make fun of the super-ultra-turbo-alpha-strike thing because it's funny!"

Ordered two 64gb cards exactly a week ago and they arrived today, perfect condition and I can't recommend them enough. Total came out to about $167 with air bubble mailer shipping and tracking. I haven't seen them cheaper anywhere else, so if anyone's strapped for space and not in a huge rush to get the card, then this deal is the best you can probably find on the net.

FYI, before any of you try "giving it out," the offer is tied to accounts who were lucky enough to be selected to the promotion so there's no sense in anyone trying to "ask" for a trial.

I got lucky and got the $5 offer on 3 different accounts. My main one that I game on, my account that I purchase (and gameshare) all my games on, and on my original PSN account that was made back in April '07 that i never even use. I'm pretty positive that the key to getting these promotions is to have both types of offers enabled/checked on your PSN accounts under Account Management > Account Info > Notifications. I've received a lot of other offers, beta invites and other junk while friends who had that unchecked didn't. Something to think about, I guess.