BreadNiblets hasn't added any friends yet.

Go read some user reviews, bud. The vast vast vast majority of them talking about Naughty Dog injecting "stupid SJW shit into my video games!" "There's no reason to have characters talk so much about what sexuality they are in a video game that has nothing to do with that!"

If you want to be blind and ignorant to it then that's on you, but that doesn't mean it's not there.

Interesting thing about these "user reviews" is that they were apparently made by people who didn't play the game. I just finished it over the weekend and I can hardly recall a moment in the game where characters talk about their sexuality. Lots of projecting going on from people who apparently just can't handle playing games about people who don't look and act like they want them to. I don't imagine the game will feel preachy unless the players themselves have some pretty deep-rooted biases.

Anyway! Just finished the game this weekend and I liked it quite a bit. Not as good as the original, but still a remarkable game in a lot of ways. Some of the levels just drag on too long and the pacing gets thrown off by the amount of time you spend looting around. I also didn't really care for all the new characters. But there are plenty of intense story beats and the gameplay is surprisingly fun. This is the first Naughty Dog game where I would actually look forward to enemy encounters. I usually find the stealth and gunplay in their games to be a major shortcoming (especially in the Uncharted series) but here it's very satisfying. It will be interesting to revisit it on the PS5 and see how they improve on the visuals and performance.

Glad to see Ring Fit is (sort of) becoming available again for folks to order. I really can't say enough about what a great exercise program it is, especially after the most recent update that allows you to add the jogging courses to your custom workouts. For anyone who might be getting sick of Adventure mode I highly recommend making some custom workouts. I've made a few different ones to focus on different body parts and cardio challenges. You can make some pretty tough workouts. Here's one that I made and recommend trying out (List E is the warmup): 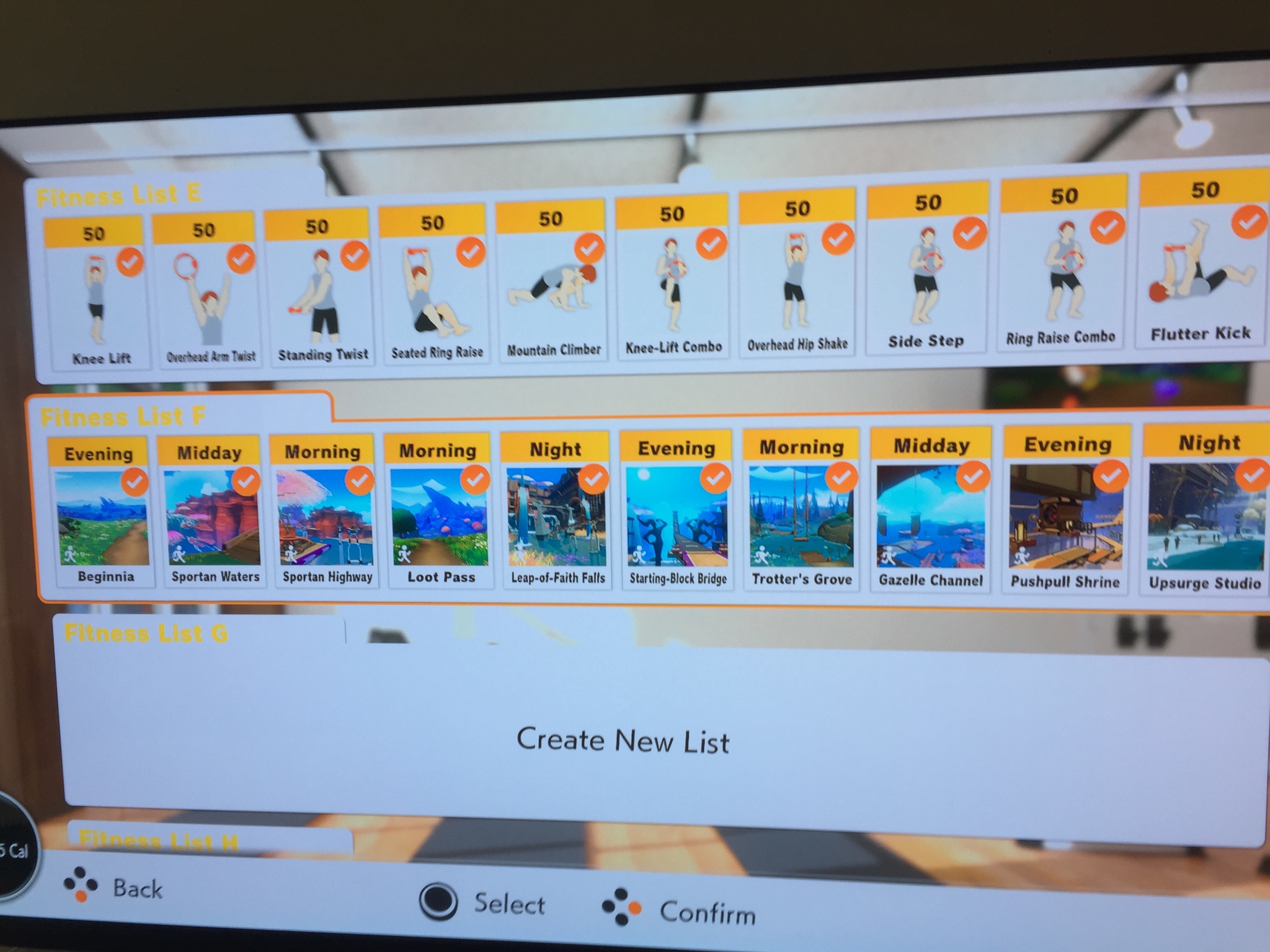 I'd also post a pic of what I look like after doing that but I don't want to make anyone sick.

Really looking forward to the new Pokemon Snap. I think my 4-year old will love it. Incidentally, my son is named after a good friend of mine who passed away 10 years ago. He and I were briefly addicted to the original Pokemon Snap in college so it's going to be one of those weird full circle moments when I play it with my son. I definitely won't cry.

Very briefly fired up P4G and it's obviously not a revelation on PC but it looks really good (1440p and 200% scaling). Gameplay is very smooth. I played it back on PS2 and again on Vita but it's been quite a while and good JRPGs are nearly nonexistent these days so I'm really looking forward to playing it again.

Four games in that series just feels like overkill. Almost like they're Trine too hard or something.