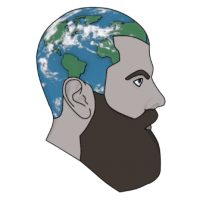 ZombiesWorld hasn't added any friends yet.

Who's a good character for starting out in Bleeding Edge?

Gizmo is probably the best starting character and one of the best overall characters. I was always top damage playing her and she's really fun to play.

El Bastardo is the most OP (or he was the last time I played the game anyways). He deals good DPS and if played with decent healer he's basically invincible.

Kulev was my favorite support, his passive heals were really good and he can also deal out decent damage.

Maeve and Buttercup were my favorite duo (if you're playing with a friend). If you stick together their Cage/Yank abilities make it impossible for people to run away (which is something that everyone does on Bleeding Edge) and are great for instakilling Zero Cool.

Sales come and go every week and other retailers have sales. We also have Game Pass. For you when Microsoft does their Black Friday sales it's the most important day of your life. But for me, it's a Wednesday.

Oh, sounds like you have an unhappy life then. I'm sorry.

I Enjoy people complaining a sale is terrible because they're only buying a few games, but not a bunch.

You see, some people wait many months on these kind of big sales hoping games they want will be discounted. So when these big sales arrive and they are terrible, yeah, people are going to complain. The point of a sale is to buy things, not to not buy things. I know you're not new here but, are you new here?

This is by far the worst Black Friday sell we've ever had. Looks like I'll only be buying 1 or 2 games. Yikes.

Zombiesworld you are the winner! SEND ME A PM w/ GT  which one you would like and

Woah, first thing I've won in like 5 years. Just sent you a PM. Thanks for the giveaway man, really nice of you to do these.