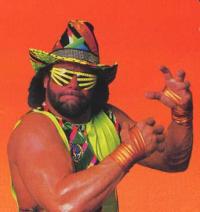 You can store PS4/PS2 games on the console, which guess works like PS+ games.
I think you can't store PS3 games, only stream.
Have heard it's hardware/software issue with ps4, maybe ps5 will allow it?

If they could bundle with PS+ at like $80 per year, would you consider it?

the PS4 can’t emulate PS3 due to how complicated the cell processor was. For now it isn’t coming to PS5 either tho maybe it is powerful enuff. That’s why you can only stream ps3

Yeah Xbox would be dumb to throw that much money away and not release games on PlayStation. Those Bethesda games do well on PS4. If ES6 sold just 2m copies on PS5 that would be $100M+. Not to mention that would be their first real shot at Japan since 2006. My guess is they leave it vague for now to make ppl buy Xbox Series consoles but in 2021 say things are coming to PS too. I wouldn’t be shocked if Game Pass comes to PS5 at some point either. $7b is a lot to spend if you’re not making it a platform agnostic software service

It's rather alarming how many people are quick to believe Sony after being caught in so many indisputable lies.

. Not defending or anything but what are the lies?

I showed up to mine 30 mins early. There were six ppl ahead of me and manager said they had only 4 physical models and 2 digital. I waited but expected nothing since i was 7th.

I got to the counter and cashier told me I was getting their last $499 model. So stoked right now. Keep trying everyone if it’s anything like PS4 in 2013 they will have multiple waves of pre orders

Really pissed all my GameStop’s said they wouldn’t do it til tomorrow after hearing ppl got it today. I got one in at Target for the physical model but I’m going to try my GameStop tomorrow for guaranteed midnight launch. If not at least I have target. Anyone have experience wirh release day shipping from Target?